Hoi An weather features the tropical climate of Vietnam. It is almost warm all year round with its average highest temperature of 29°C and lowest temperature of 23°C. This is a reason why Hoi An is an attractive destination with a large number of both domestic and foreigner tourists annually. If you are planning a trip to Vietnam, including Hoi An, this article will show you detailed information about Hoi An weather by seasons, by month and know best time to visit this lovely place.

1. Hoi An Weather by Season

Unlike Northern Vietnam with 4 seasons, Hoi An in the Central just has 2 official seasons: dry season and rainy season. 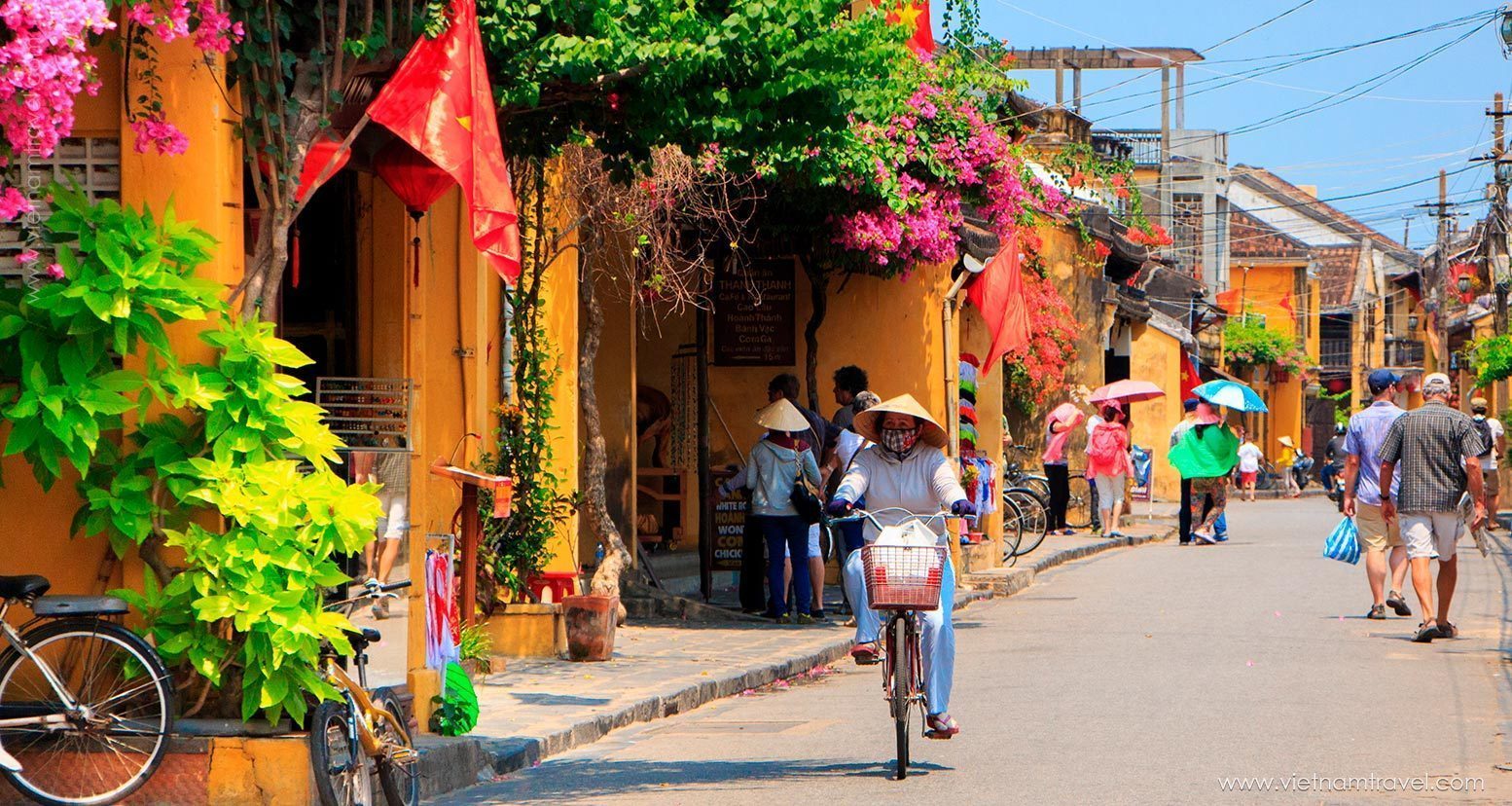 Dry season in Hoi An starts from February to the end of August. The driest month is March when the humidity is relatively low. February to April has the most moderate temperatures, averaging a high of 30°C (86°F) making it a popular choice for tourists to visit the ancient city of Hoi An.

The weather will get seriously hot from May onwards. The heat reaches its peak on the months from June to August when the highest temperature measured during day time is 38°C while the lowest temperature only drops at 21°C at night. From June and August is the low season for foreign travelers but the weather is perfect for beach escape. If you are looking for sunny days, blue sky, clear waters, this time should be your choice. Besides, the price of hotels, flights, and other related services will be down.

Hoi An’s rainy season is between September and January of the following year. Traditionally, this period sees monsoon rains and occasional typhoons that can cause flooding in the area, especially in October and November. Flooding doesn’t occur every year in Hoi An, but if you are traveling to Hoi An during this time, it’s best to check the latest situation and forecast. December and January are the coldest months in Hoi An with the average temperature of 22°C. It is quite humid and wet but there are still some sunny days. In general, it is not all bad during rainy season though. However, if you are not a big fan of all rain, it is best avoided traveling this period.

2. Hoi An Weather by Month

Hoi An sees little fluctuation in temperature over the month, though the rain and humidity of one month differs significantly from another. 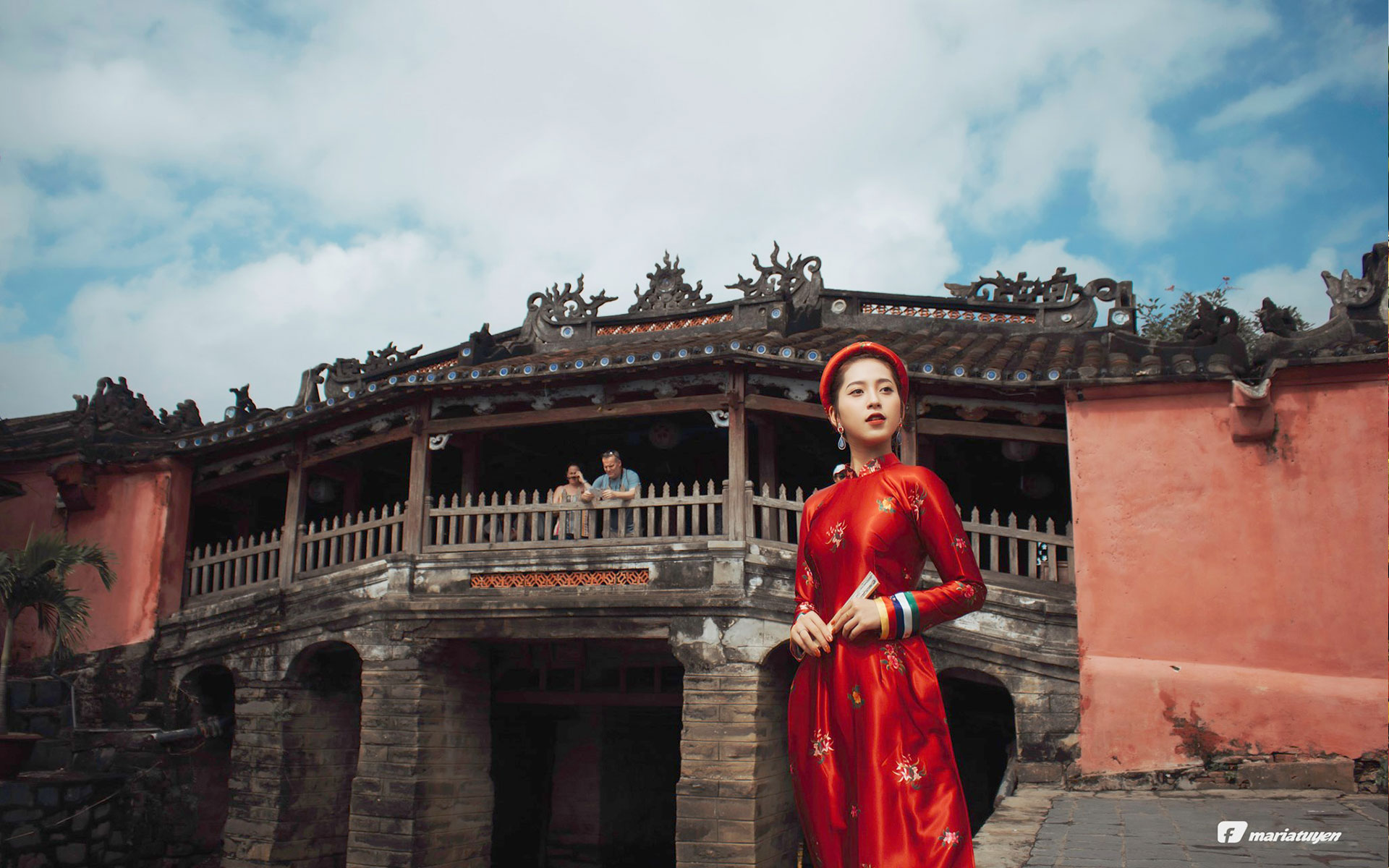 January is the coolest month in Hoi An. It may call “winter time” along with December. You will see the sun occasionally during this month. It still has some rain in this month so you should bring a waterproof rain jacket in case needed.
Average low temperature: 19°C (66.2°F)
Average high temperature: 25°C (77°F)
Rainy days: 13
Precipitation: 82mm.

February starts the dry season in Hoi An so it becomes drier and a bit warmer than that of January. The weather expects to quite moderate during days and nights.
Depending on the lunar calendar, Tet holiday (Vietnamese Lunar New Year) may happen during February. This is the most important and longest festival of Vietnamese people so travel around this time will give you a chance to explore the local culture and customs; however, the price of services is much higher than normal time and many businesses close. So you should plan your trip carefully before visiting Vietnam during Tet holiday.
Average low temperature: 19°C (66.2°F)
Average high temperature: 26°C (78.8°F)
Rainy days: 7
Precipitation: 25mm.

March is the favorite time for many travelers visiting Hoi An. The average temperature is going up and the days are generally sunny. Along with the best time in Hanoi and Saigon, the number of tourists increases significantly this month so remember to book your hotel, flight, and tours in advance.
Average low temperature: 19°C (66.2°F)
Average high temperature: 26°C (78.8°F)
Rainy days: 5
Precipitation: 25mm. 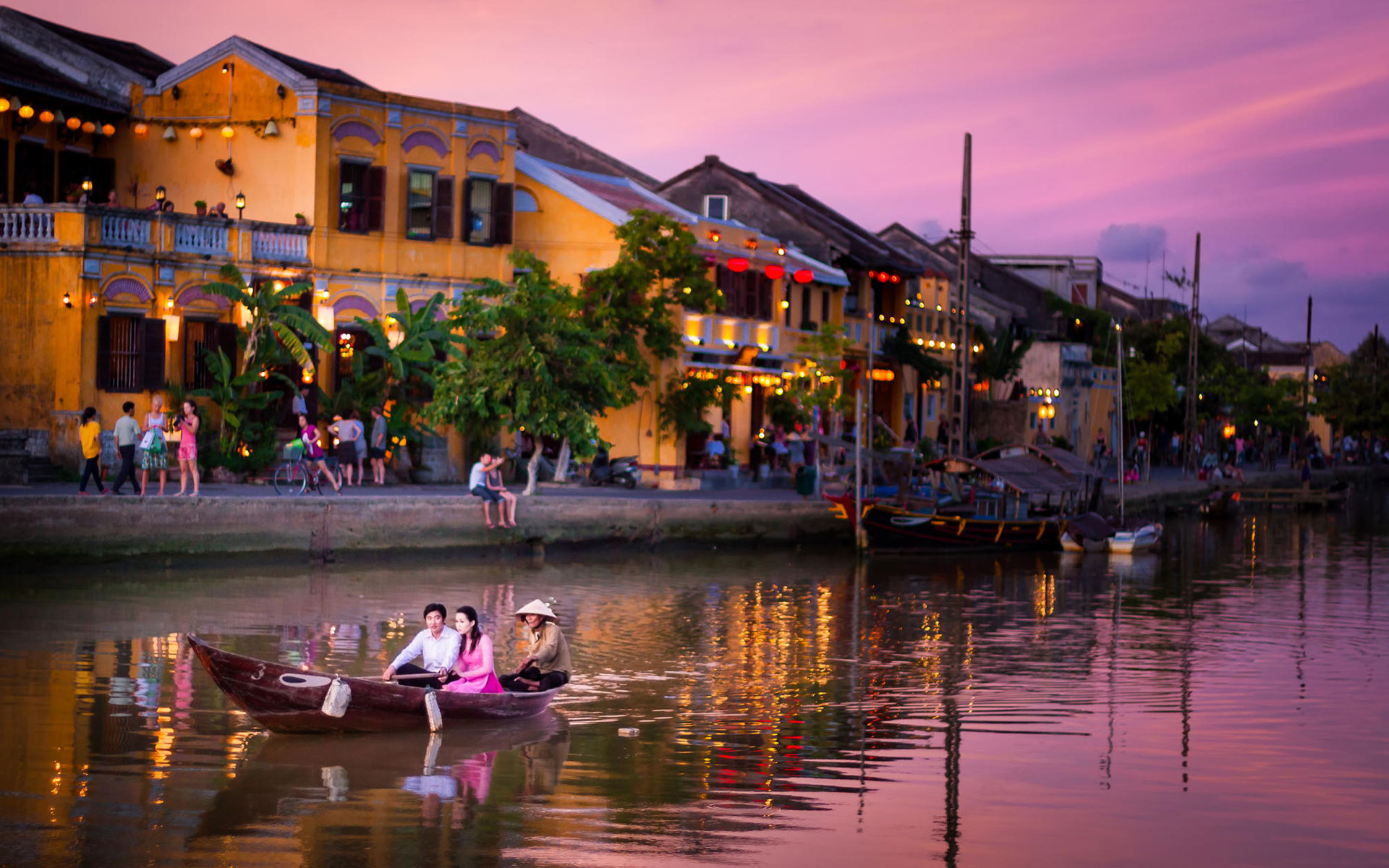 The weather in April is same as that of March, except for a slight increase in temperature. The level of tourists remains high during this time. It is best to explore Hoi An Ancient Town and join some outdoor activities.
Average low temperature: 24°C (75.2°F)
Average high temperature: 31°C (87.8°F)
Rainy days: 6
Precipitation: 35mm.

The temperature in May begins to increase and reach peak in the coming months. However, the weather is still pleasant to visit Hoi An in this month.
Average low temperature: 25°C (77°F).
Average high temperature: 33°C (91.4°F).
Rainy days: 9
Precipitation: 84mm. 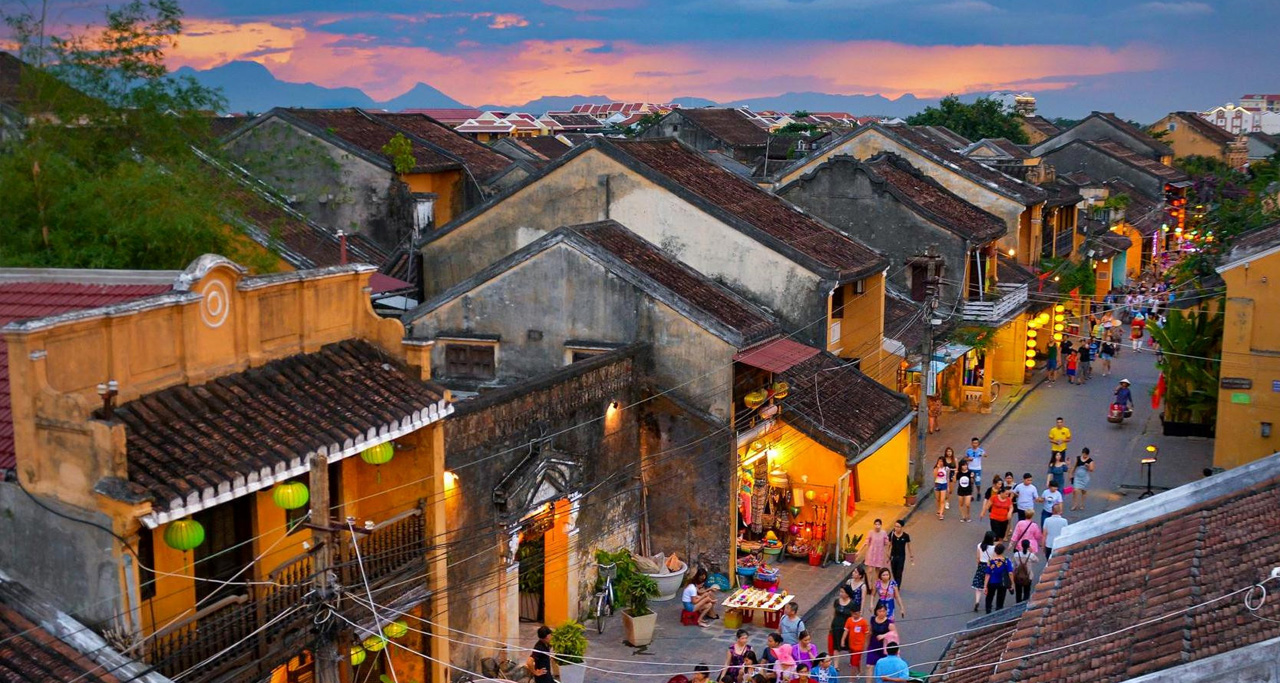 July is the hottest month in Hoi An. The highest temperature can reach 38°C but this month is the best choice for you if you are into sunbathing and swimming. The number of domestic tourists remains high.
Average low temperature: 25°C (77°F)
Average high temperature: 35°C (95°F)
Rainy days: 8
Precipitation: 90mm.

The temperature of September begins to reduce because the rainy season gets ready to flip. With a more moderate weather, this is a great month to visit Hoi An. If coming Hoi An in September, you will have chance to see a lot of lanterns than normal since the Mid-Autumn Festival (on the 15th of August in lunar calendar) usually falls in this month. While it is celebrated throughout Vietnam, Hoi An is a particularly good place to be. The little ancient town becomes much more charming, yet exciting.
Average low temperature: 25.8°C (78.44°F).
Average high temperature: 34°C (93.2°F)
Rainy days: 15
Precipitation: 315mm. 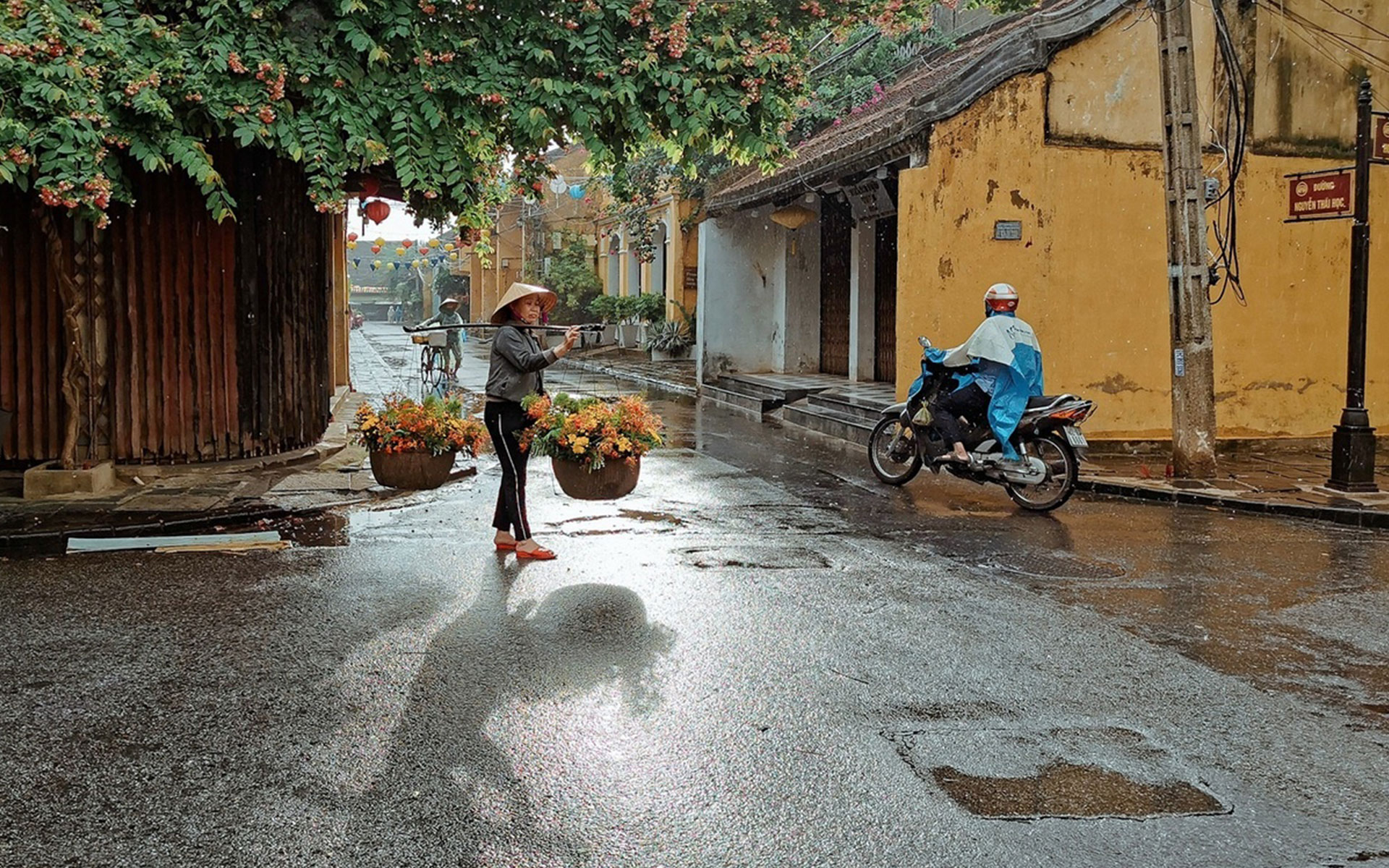 October is the wettest month of the year in Hoi An with the largest amount of precipitation. This may cause flooding and can accidentally affect your trip. However, flood is not occurred every year and even in the event of a flood, you might well get to experience Hoi An in a different way that few tourists have.
Average low temperature: 23°C (73.4°F)
Average high temperature: 29°C (84.2°F)
Rainy days: 21
Precipitation: 666mm.

The weather in November is quite similar to that of October. The rainfall reduces slightly but not that much and flooding is still a possibility.
Average low temperature: 22°C (71.6°F)
Average high temperature: 27°C (80.6°F)
Rainy days: 20
Precipitation: 433mm.

The average precipitation decreases significantly in this month. And the temperature cools down, especially at night. The number of tourists is still low during rainy season but ramps up and spikes during Christmas.
Average low temperature: 20°C (68°F)
Average high temperature: 25°C (77°F)
Rainy days: 18
Precipitation: 220mm.

3. Best time to visit Hoi An 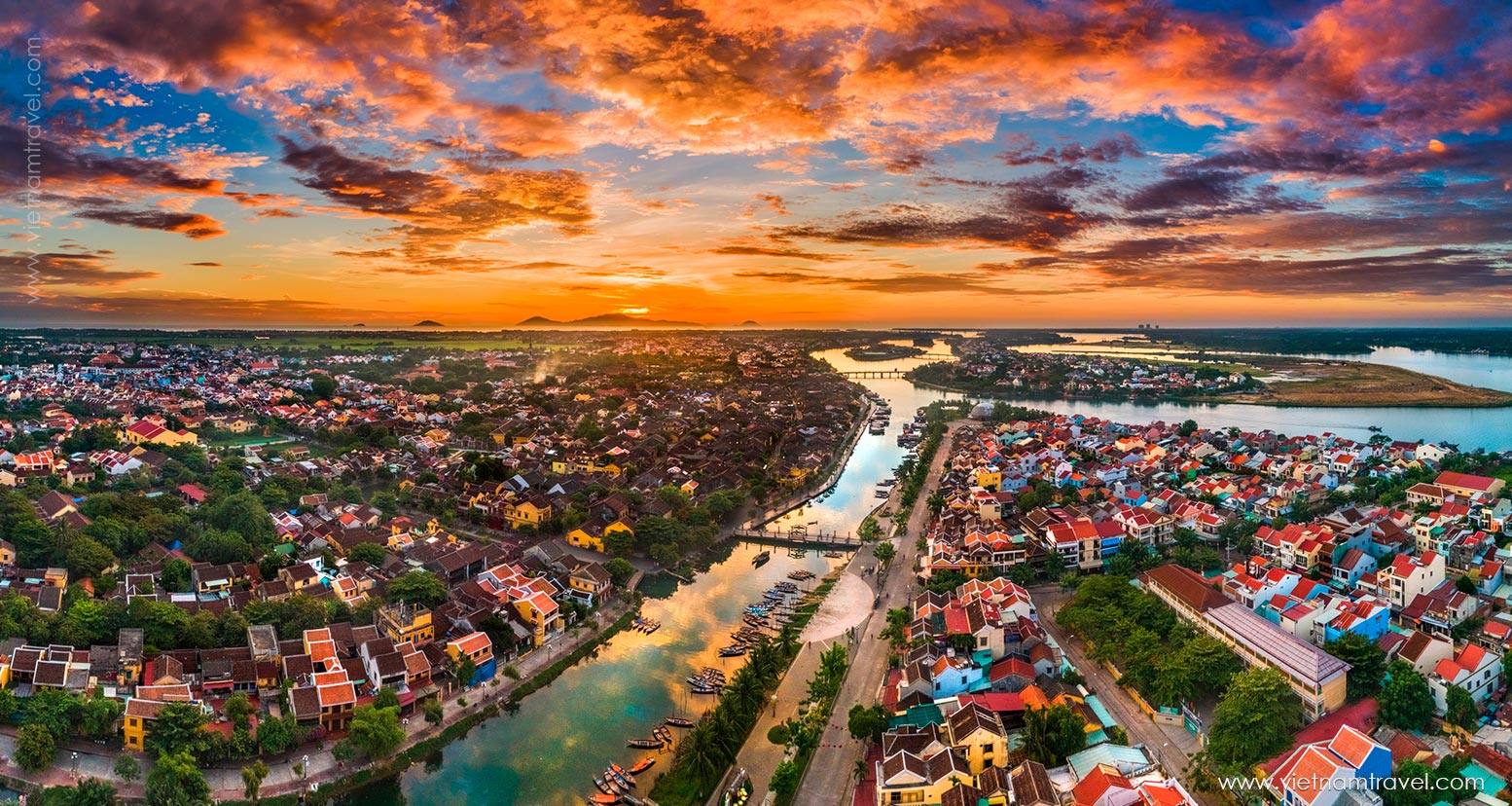 Well, it is hard to say when is the best time to visit Hoi An since it can be accessible all year round, just depending your preference.

The weather from February to May is very mild, pleasant, dry moderate temperature, low humidity, less rain and warm sunshine. This makes it a popular choice for tourists to visit the Hoi An Ancient Town. But for those who are looking for a beach relaxation or water activities, let come here between June and August.

The months of October and November are said to avoid but the weather is much cooler and it doesn’t rain all the time. You still enjoy some sunny days. Especially, the hotel rate at this time is much cheaper than its in peak season so you can get a good deal.

During the period of December and January is the time for holidays such as Christmas, New Year and Vietnamese Lunar New Year (usually at the end of January and beginning of February). Therefore, the number of tourists may increase and the price of related services are also quite expensive.

Based on your travel budget and style, you can choose the time that best suits for you. If you are still stuck in your mind, let contact our experienced travel consultant team to get support. 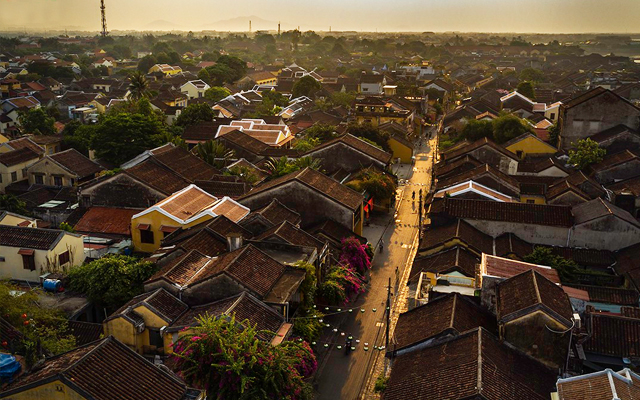 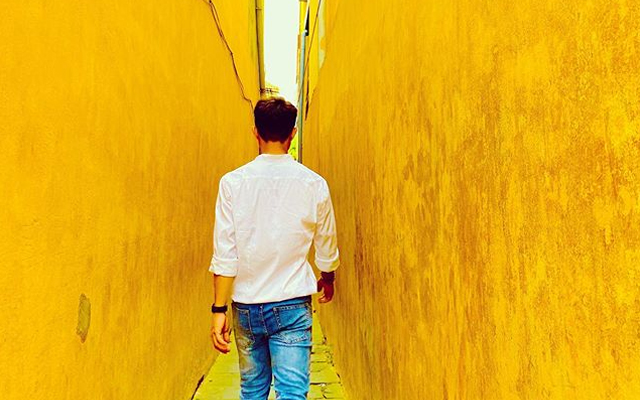 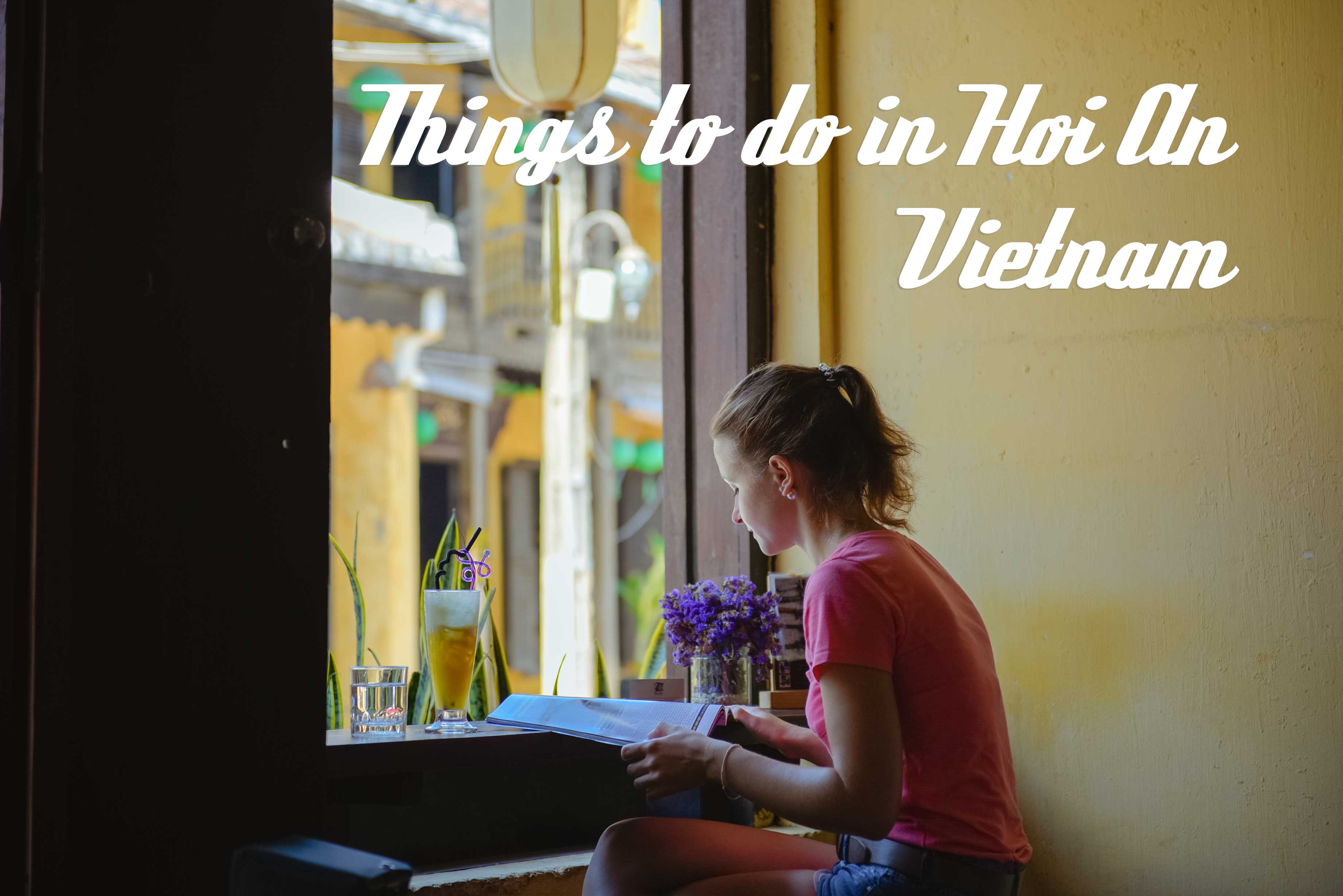 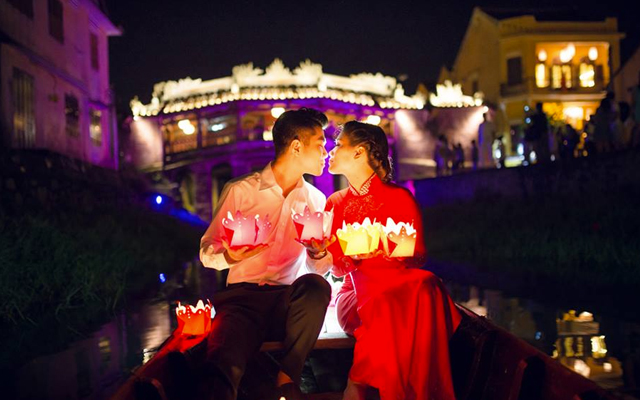 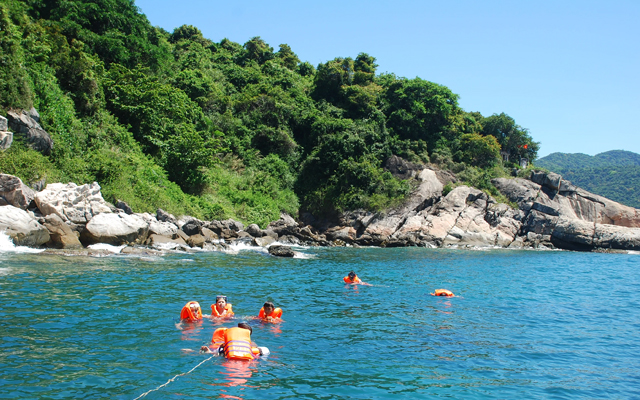 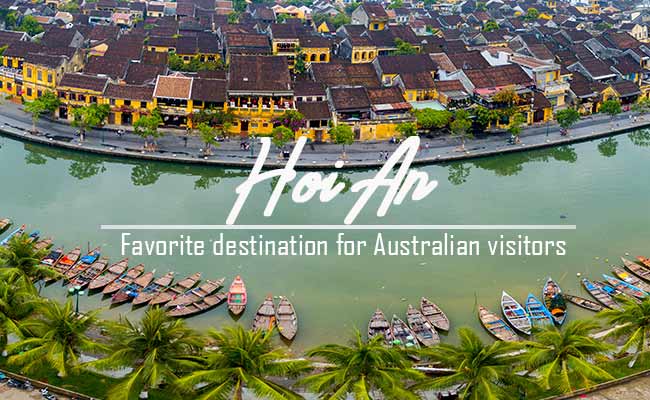