Co Loa Ancient Citadel was officially the oldest and the first citadel in Vietnam’s history. It was built to be established as the capital of Au Lac Kingdom during the 3rd century BC. The citadel remained an important political center of Vietnamese people until the 10th century. Nowadays, the vestiges of antique Co Loa Citadel is positioned on 3 communes named Co Loa, Duc Tu and Viet Hung in Dong Anh District, about 16km from the north-east of Hanoi’s Old Quarter (22km from the south of Noi Bai International Airport). It has been retained and now become a favorite historical destination in Hanoi’s outskirt. This archaeological site was also associated with several interesting legends of the Vietnamese nation during the reign of King An Duong Vuong. Within the scope of this article, Vietnam Travel will reveal the most general information, legends and useful travel guide to Co Loa Ancient Citadel.

In the reign of Au Lac Kingdom, Co Loa was located at the top of the Red River Delta’s triangle, an important hub for trading by waterways and on roads. In addition, the royal court could easily control and supervise both the highland and lowland sites from the citadel’s location. The citadel was built on a high land area situated on the left bank of Hoang River, with dense population and thriving economy. At that time, Hoang River was the major tributary of the Red River, connecting Red River to Cau River – the largest river in Thai Binh River system. These two river systems have dominated the entire waterway networks in Northern Vietnam until now. From Co Loa, the residents could go upstream of Hoang River to mountains and forests in the north and northwest; or go downstream to the plains and the sea. Overview of An Duong Vuong Temple & Pearl Well – the most highlights in Co Loa Citadel Complex.

The movement of the capital from the midlands (Phong Chau – Phu Tho) to lowlands (Co Loa – Dong Anh – Hanoi), with such geography, transport and economy conditions demonstrated new development requirements of Au Lac Kingdom.

Co Loa was built with a unique architecture in the spiral-shaped type, so it has another name as Spiral Citadel (Loa Thành). When constructing Co Loa Citadel, Vietnamese’s ancestors talentedly knew how to take the advantages of natural terrain and utilize the height of the hills and mounds to build the walls on the outside. Co Loa used to be a very large site and was the dominant presence in the northern floodplain of the Red River Delta, which would have required a large amount of labor and resources to build in its time.

According to the legend, Co Loa Citadel consisted of 9 walls and surrounded by deep moats which could let the boats transfer easily. These walls and ramparts were built simultaneously. The main lagoon situated at the eastward of the walls had 5 streams, which provide enough water for the residents living inside the citadel. The height of walls were 4-5 meter on average, some walls were up to 12 meters high, while the wall base is around 20 ~ 30 meter wide. However, several walls had been destroyed by nature and time, so there are only 3 walls left with the total length of 16 km. 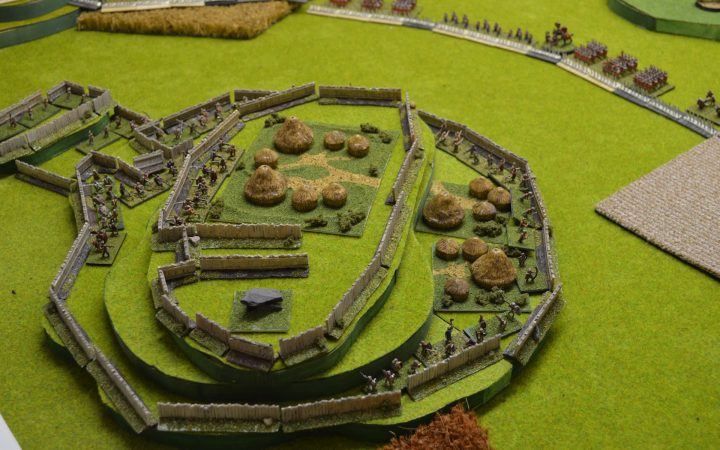 With a unique architecture in the spiral-shaped type, Co Loa has another name as Spiral Citadel.

The most highlight site in the Co Loa Citadel Complex is An Duong Vuong Temple. The temple is located in the center of the citadel, also known as Thuong Temple, which was built in 1687 under King Le Hi Tong’s dynasty. Tourists may be impressed by a pair of dragons in front of the temple’s entrance gate. These dragons were carved sophisticatedly so that we can feel that they are stroking their moustaches vividly. Therefore, they are considered as the typical icon of sculpture art in Le dynasty. 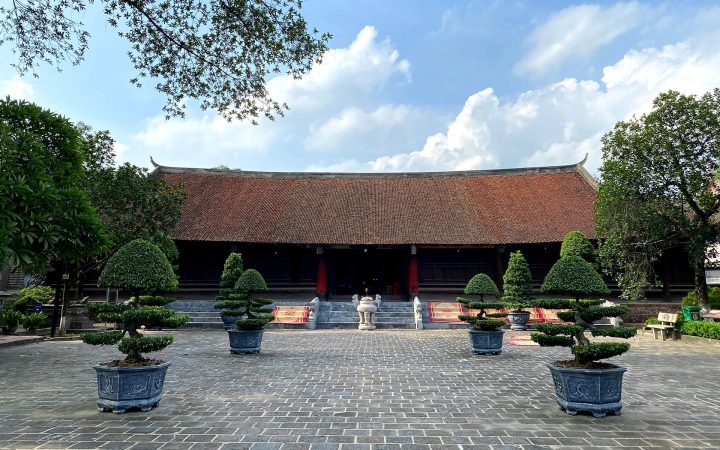 An Duong Vuong Temple was built in 1687 under King Le Hi Tong’s dynasty.

The temple’s area shaped like a dragon’s head. Temple’s left and right sides are two green forest areas symbolizing as dragon’s body. Right at the temple’s entrance are two ponds as the dragon’s eyes. 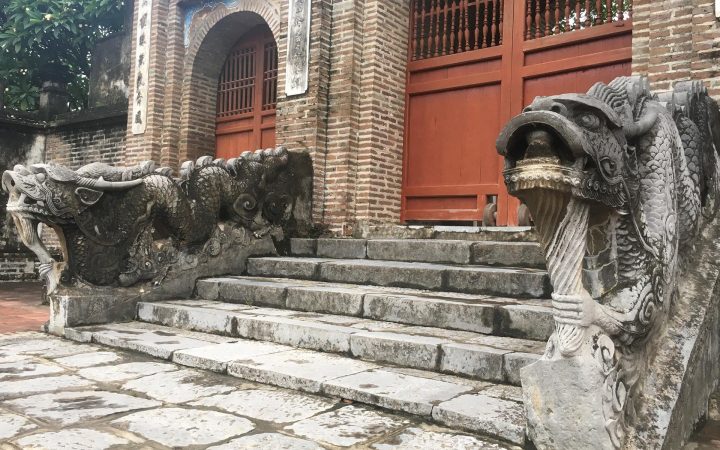 There are many interesting legends was associated with the existence of Co Loa Citadel. Miracle stories related to the kingdom establishment of King An Duong Vuong, the citadel’s construction process; the magic crossbow as the gift from the golden turtle which can kill hundreds of invaders; the sorrowful but touching love affair between My Chau (King’s daughter) and Trong Thuy (son of King Trieu Da – enemy of King An Duong Vuong) and so forth. 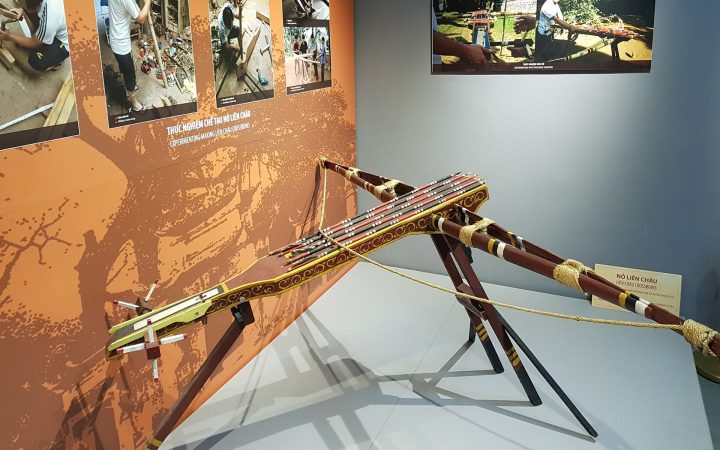 The magic crossbow gift from the golden turtle which helped King An Duong Vuong kill hundreds of invaders.

Through the ups and downs of history, the traces of this ancient citadel and the legendary characters have come into the minds of the Vietnamese people. Besides above miraculous legends, Co Loa Ancient Citadel are highly evaluated in many other aspects:
– In military term, Co Loa Citadel represents the unique creativity of the ancient Vietnamese in defending the country and fighting against foreign invaders. With fortified walls, sweeping moats and mounds, rampart systems, Co Loa was a solid defensive base to protect the King, Imperial Court and the Capital. At the same time, this is also a perfect combination of marines and infantry. Thanks to the three easy-to-reach loops, marines can coordinate with infantry to maneuver both on land and on water when fighting with the enemies.
– In social terms, the allocation of separate residence areas for the King, mandarins, soldiers, Co Loa Citadel is the living evidence about the social differentiation at that time. The existence of Co Loa Citadel marked the period when the King separately lived from the public and was strictly protected by soldiers.
– In cultural terms, among the remaining ancient citadels in Vietnam nowadays, Co Loa Citadel is the oldest citadel complex with the 2,300-years history. After the Au Lac 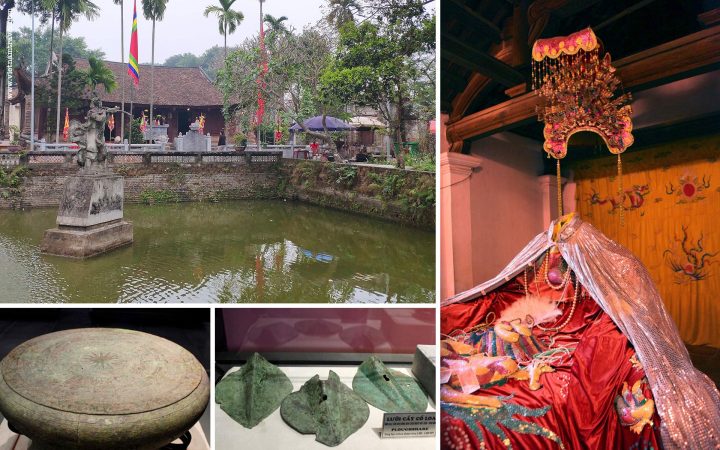 With the values in history, artistic and archeological architecture, Co Loa was recognized as the Special National Monument in 2012. 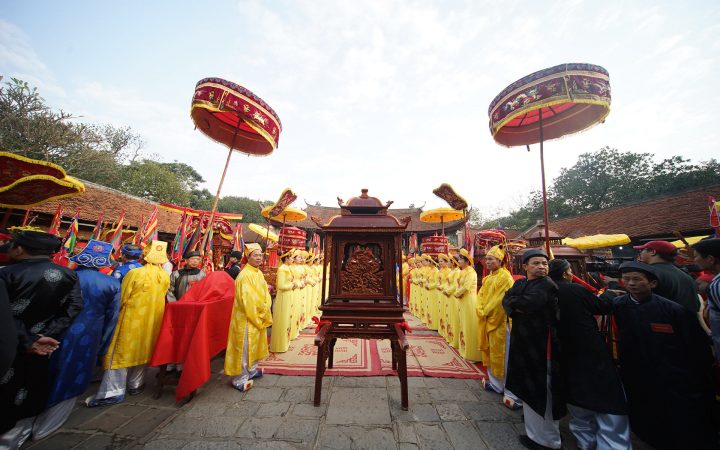 Co Loa Citadel Festival is annually held from the 6th to 16th of the first month of the lunar year.

Co Loa Citadel Festival is held on January 6th annually to commemorate the event King An Duong Vuong moving into the citadel from highland to lowland. The whole locals of 12 hamlets in Co Loa and 7 other communes around the region organize Co Loa Citadel Festival within 10 days, from the 6th to 16th of the first month of the lunar year. In the 5th day of the festival, 8 communes celebrate a ceremony with incense offering at the sacred communal house. At the same time, at An Duong Vuong temple (or also called Thuong Temple), the most respected elder among 8 communes hold the same ritual with the revision of An Duong Vuong’s accomplishments and merits. The next day is the official festive day among the 10-day duration of the festival. On this day, a solemn procession for a funeral oration is taken with an incense burner and stone tablet from the house of the older to the Thuong Temple where filled beautifully with colorful flags. They’re decorated with a painstaking effort to hope a solemn ceremony.

In addition to above rites, there are many interesting folk games, for example, bamboo swings, wrestling, crossbow shooting, rice cooking.

How to Get There

Co Loa is nearly 20km from Hanoi City Center and can be added into the half day trip from Hanoi. 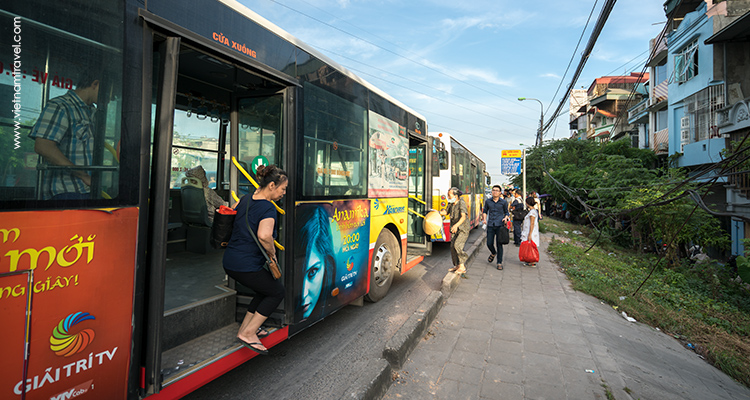 If you have plenty of time and want to experience local public transportation, you can take bus as the cheapest option. But the drawback is that the waiting time for a bus is quite long. Additionally, it is often very crowded on bus there are many stops along the way. Bus drivers mostly could not speak English. Thus, you need to be very patient. The buses leading to Co Loa from Hanoi are bus no. 15, 17, 43, 46, 65. 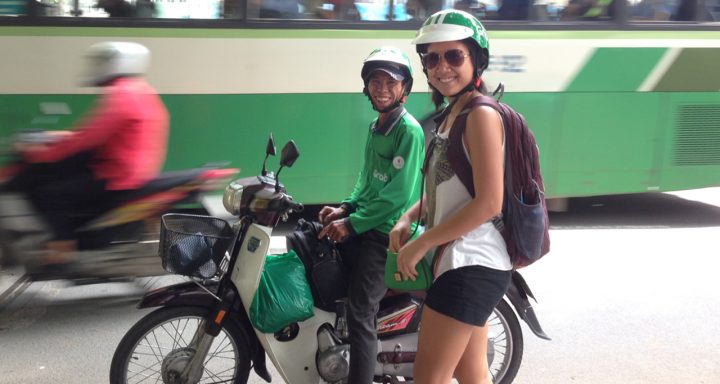 This means of transportation is suitable for adventurous persons loving to explore the roads in Vietnam. Taking a bike ride, you will have chance to witness the peaceful countryside of Northern Vietnam’s Red River Delta along the way. However, traffic system in our country is really a challenge so this is not highly recommended for new comers. If you want to save time and gain much experience, the best option is to book a day trip with escorted tour guide from Hanoi with Vietnam Travel. Our private drivers will be flexible to stop as you wish to take photos of scenery along the way. In addition, Co Loa Citadel lies in countryside area where the locals are not good in English. Thus, our tour guide guides and drivers will help you to deeply understand about the historical and cultural values of Co Loa Citadel and provide you with many interesting stories about daily life of locals in the village. 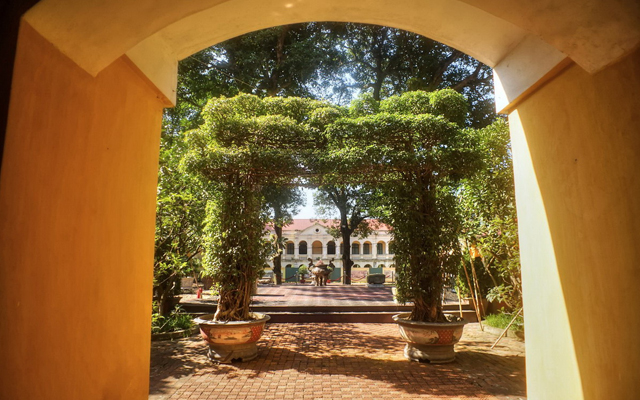 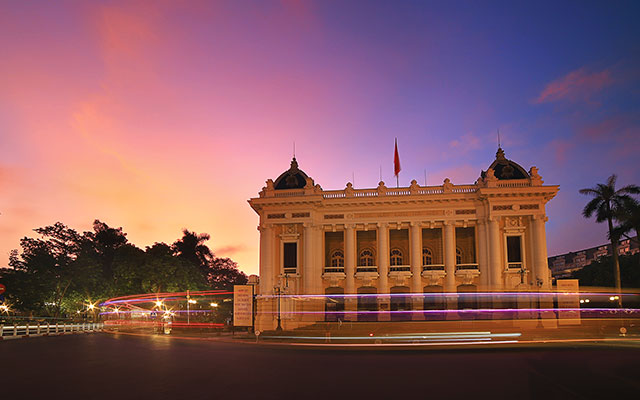 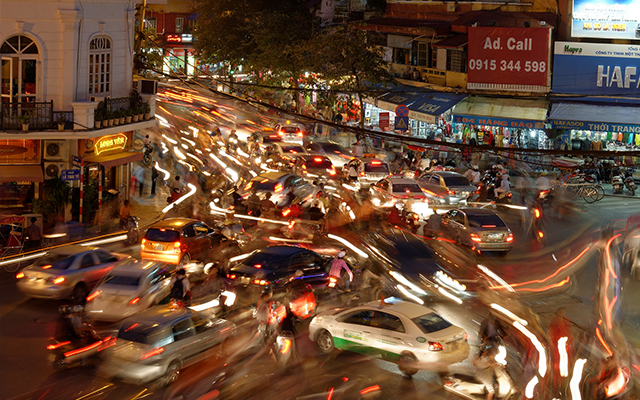