Vietnamese conical palm-leaf hat (Non La), along with the graceful silk “Ao Dai”, is a sort of informal Vietnamese national symbol recognized worldwide. Conical hats have long been the community’s traditional product and they are marketed throughout the country. However, people in each region of Vietnam make their own headgear to suit different weather conditions and fashion concepts. While traveling along Vietnam, tourists can easily see a common sight that “Non La” is worn by local ladies. In this article, Vietnam Travel will provide more interesting information about this informal Vietnamese national symbol that is recognized worldwide.

There is no doubt that Non La was first thrived in rural settings. And its legend was related to Vietnam wet rice growing culture. Once upon a time, an elegant goddess descended from the sky to protect human-being from a heavy deluge. She donned a magical hat made of four round shaped leaves knitted together by bamboo sticks. Her hat was so giant that it could shield the earth from bad weather and brought normal life back to people. In addition, this heaven-dwelling woman taught people to plant vegetables and trees for their living. After that, she secretly left and returned to the heaven. She was honored as the Rain-defending Goddess. Locals tried to make similar hat to the one the Goddess had on her head to protect themselves from the sun and the rain. Therefore, they went into the forest to find natural and available materials such as palm leaves, bark of Moc tree and bamboo to create the Non La as known today. 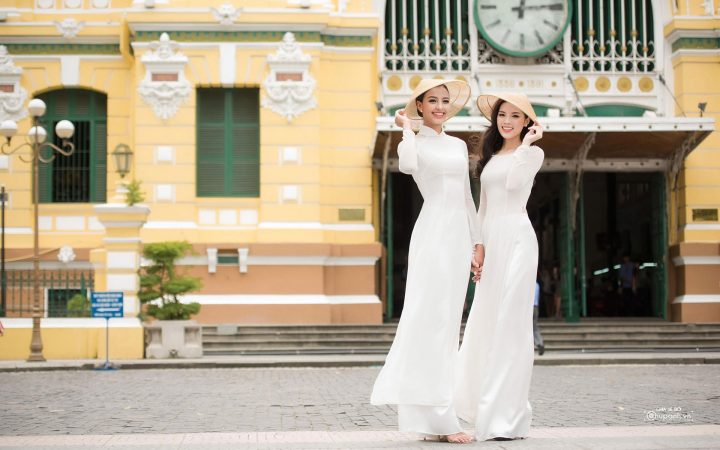 Together with Ao Dai, conical hat contributes to promote the discreet and charming beauty of Vietnamese women.

No one knows how accurate the above legend is but Non La has definitely became an indispensable item to Vietnamese farmers for more than thousand years, with images of the hats on ancient artefacts found by historians.

Non La is mainly used by females but it actually has many variations and versions. Conical hat for men has higher cone and smaller rim that women’s. In the past, different designs were made for farmers, upper class, religious monks, army troops, adults or children. Nowadays, the flat and broad version of conical hat is widely used and easily been seen in normal daily life.

Vietnam is known as the tropical country with the wet rice growing culture. The appearance of conical hats likes a generous protection local farmers from fierce sunshine and hard rains while they are working on huge paddy fields or rowing passengers across rivers. Other practical uses of a conical hat can be listed as following: a basket for fruits and vegetables when locals go shopping at the market, a fan to relieve the hot weather when farmers working in the middle of the summer days. Conical hat can be used romantically to shield young couple’s private moments on their dating. 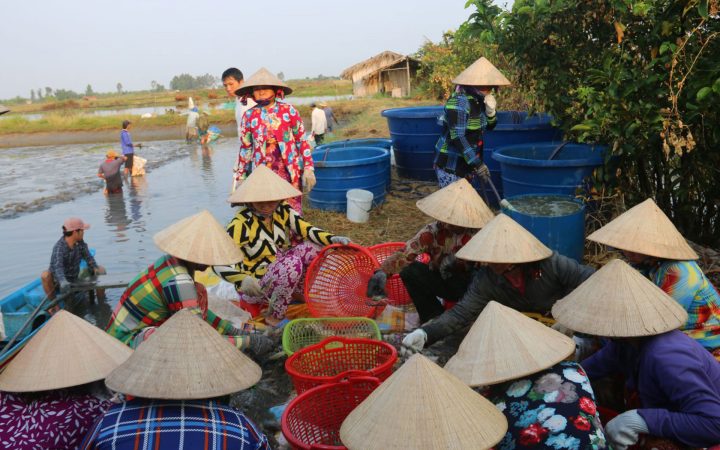 Conical hat is the daily essential for local farmers and trading women.

Besides being a daily essential for farmers, conical hat is attached to the image of Vietnamese girls in traditional long dress (Ao Dai). If Ao Dai symbolizes the graceful and modest of a woman, her discreet beauty is peered out from beneath the rim of the conical hat.

Generally speaking, the conical hat is not only a symbol of Vietnam’s agriculture but also rich with cultural sentiment and historical significance. It can be a great option as Vietnamese souvenir for tourists taking home so don’t forget to add “Non La” to your top list of things to buy in Vietnam and choose one with a chin strip so that it will not slide down or easily get blown away.

Where to buy: you can purchase at any of the traditional markets (Ben Thanh Market in Ho Chi Minh City, Dong Xuan Market in Hanoi), or any souvenir shops in tourist destinations all over Vietnam.
Price: about 2 USD – 3 USD.

Steps to make a Conical Hat The weavers must be skillful and meticulous in each step to produce a proper conical hat.

Making a proper conical hat is not as easy as we image because the weavers must be skillful and meticulous in each step. Palm leaves and bamboo wood are two main materials of the conical hat. After being cleaned, palm leaves will be peeled into thinner strips and put under the sun for several days so that they can be turned from dark green to white colour. Then artisans expose sulfur to preserve the color. Depending on artisans’ methods, these leaves are then ironed with a heated tool to become flat, firm and more easily woven through the hat’s frame. 16 pieces of rounded bamboo straw are wrapped around the conical frame. They are put in increasing length from the cone to the brim of the hat. Then palm leave strips are carefully arranged from the cone to the brim. Sewing and decorating proceed require painstaking precision. Tiny silk threads are used to stitched palm leaves with rounded bamboo straws to make the hat sturdy and durable. When the weaving process is finished, artisans spray a thin layer of turpentine across the exterior and interior of the Non La so that it can resist from water. Finally, a soft silk tie is attached to the inside of the hat to keep it on the wearer’s head firmly.

Where to see Lands of Conical Hat in Vietnam

Because of its popularity, Vietnam has many conical hat making village in each region with some variations. To name a few: Quang Nap village in Thai Binh, Phu Gia or Go Gang village in Binh Dinh. But the two most famous traditional conical hat styles are the Non La of Chuong Village (30 km southwest of Hanoi) and Non Bai Tho (poem conical hat) in Hue – the ancient imperial capital of Vietnam. 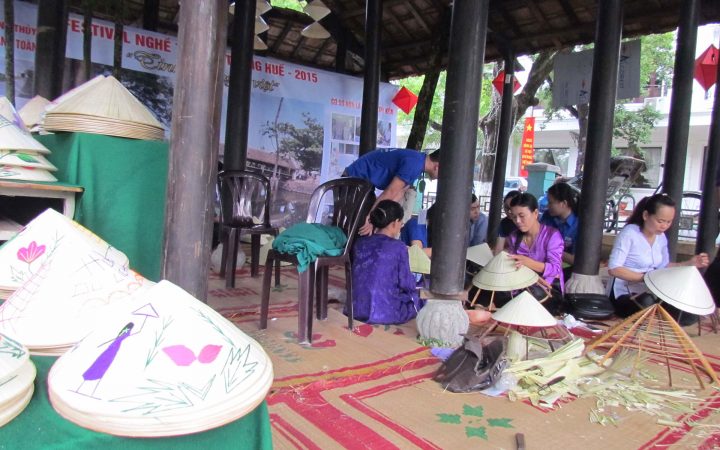 Conical hat making in Hue was founded and has developed for hundreds of years with a lot of famous villages.

Chuong Village has maintained its reputation for over three centuries. Conical hats from this village are renowned for their sturdy construction, rather than their beauty. Local artisans produce thousands of conical hats per day for both domestic use and export purpose. According to statistics, 80 percent of the village’s population earn their living by conical hat production. You only pay VND 3,500 – VND 10,000 for a hat in the village but it might cost VND 30,000 to VND100,000 depending on the quality if buying in souvenir shops in Hanoi.

In Hue, conical hat making was founded and has developed for hundreds of years with a lot of famous villages like Ho Tay, Da Le, Phu Cam, Doc So, Trieu Tay, Kim Long, and so on. Beautiful pictures of local landscapes, such as Perfume River, Ngu Mountain, or famous poems associated with Hue are placed between two woven layers of leaves by skillful artisans. Especially, these patterns are only revealed when the hat is put under the sunlight.

Vietnam Travel organizes day trips to the traditional conical hat making villages so that tourists can have the real imagination of hat making process and create themselves the hats with their own styles and designs. It also a good choice for international tourists to take home as great souvenirs, to show the rest of the world that this traditional symbol of Vietnamese people without age, sex, or racial distinctions. 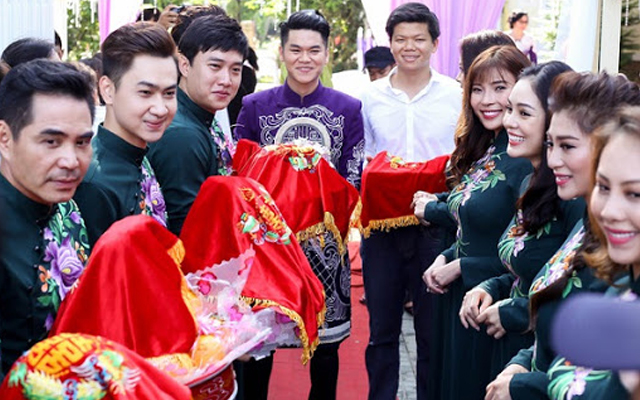