Covid-19 in Vietnam — the fear, the tears, the pride and the debt

By Steve Jackson June 2020
A friend elsewhere in Asia has an elderly parent in the UK. Chatting online she told me she’d read about this “slow-motion grief” affecting people as a result of the Covid-19 situation.
She told me she went on runs and cried through them. I admitted too I wasn’t sleeping. The smallest thing would make me emotional. I couldn’t think too far into the future because it all seemed too dark.
After Wuhan, things moved pretty quickly in Vietnam. Our little one’s nursery closed. Masks became compulsory. Track and trace was in full swing. An app was launched that offered various features. Most significantly, you could basically press a button and people in hazmat suits would appear.
Infected people were hospitalised. People who had come into contact with infected people were remotely quarantined. People who had come into contact with people who had come into contact with infected people were quarantined. People who had… well you get the picture. 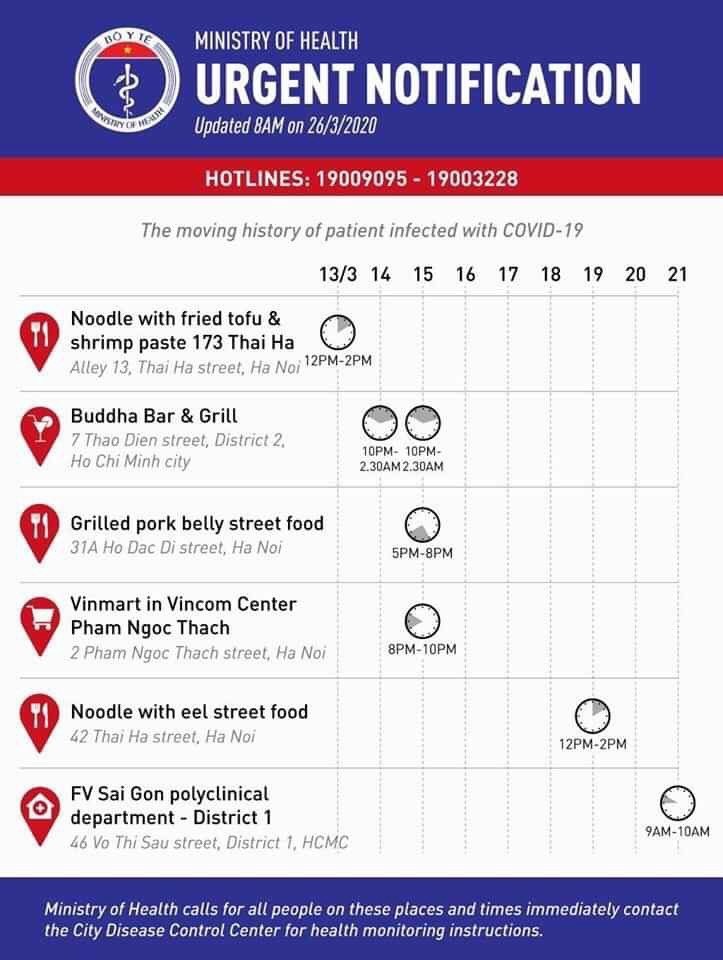 As this happened, Covid-19 in Europe was getting out of control. Most noticeably Italy. Hundreds were dying each day. Britain was in denial.
For us, the nursery closure extended from weeks into months. I work from home. At first we tried to co-exist. It wasn’t easy. After a couple of weeks we tried sending the little one to her fantastic VN granny from Monday to Friday. Two weeks later we realised that neither of us were happy. We missed each other and the worry was worse than dealing with occasional tantrums.
She came home and we just made it work.
By that stage something incredible was happening in Vietnam. Those of us who lived here were starting to realise this was superhero stuff.

Seeing two juxtaposed pictures made me bawl. The first was of soldiers sleeping on concrete floors. The second was of Vietnamese teenagers, most likely having flown in from overseas, chatting in masks on bunk beds. 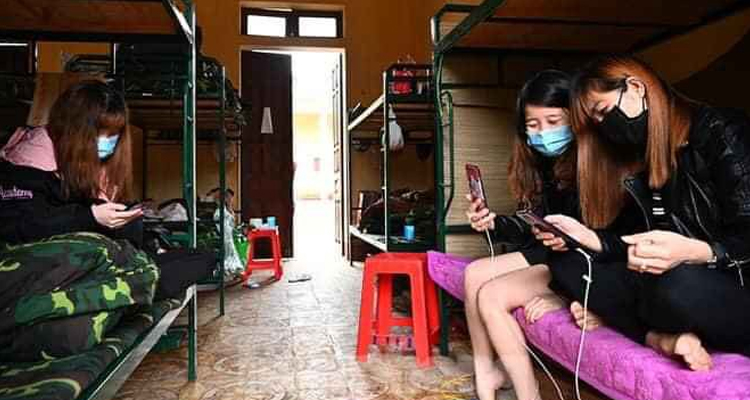 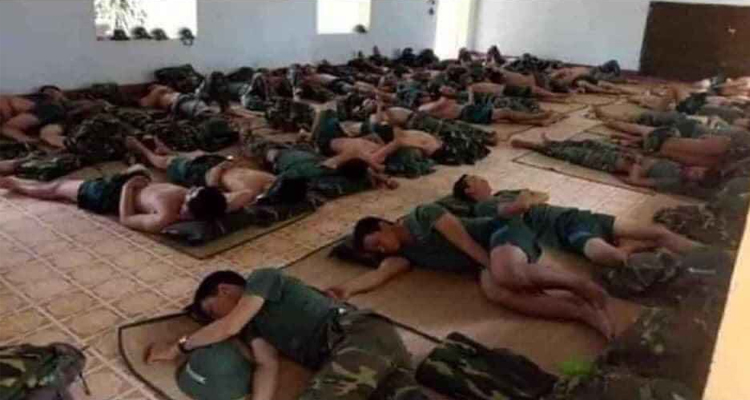 By then there were tens of thousands of people in quarantine.
And then a young infected woman flew in from Europe. When she went to hospital, they shut down her whole street. Vietnamese social media exploded.
This was always the difference. If transparency was dangerously overdone at times, there was always the feeling that every case, every life mattered.

Vietnam was still at zero deaths.

Thousands more Vietnamese returned from overseas. Each one remotely quarantined. Everybody understood that was the deal.
If you are a white middle-aged man, it is hard to re-program yourself. When this started we were still at the point of counting ventilators. Once Covid-19 took hold of Vietnam, I was sure this country was going to suffer. At least Britain was developed. Should I have made a late dash home? I didn’t dare to be optimistic. How would Vietnam cope? How could it cope?
A Hanoi hospital had an outbreak. It was a huge undertaking to clean it and quarantine. Case numbers continued to grow.
We were waiting for the explosion. The point where everything was beyond controlling.
It never came.

Slowly the pie chart was dominated by recovered cases. There were days without community transmission.
Deaths were still at zero.
Soon whole weeks then a month went by without transmission.
Schools re-opened. The joy! I wanted to dig out my Vietnam football flags and tie them to my motorbike for the school run. I wanted to high five every parent and teacher.
Our normal is back. Traffic jams seem glorious. Even sweaty 40c days are welcome. Their blue skies in contrast to the memory of grey winter worry.
I feel like we’ve won the lottery.

Back in the UK, my family are coping but, of course, I worry about them. My sisters are school teachers and schools are returning. My brother-in-law worked through much of the lockdown as many of the children he teaches are considered vulnerable. Their bubbles are not airtight.
My locked down mum and dad were limited to dog walks at first. They managed and now things are opening up a little. They are all too smart to put themselves in dangerous situations but they enjoy socially distanced trips out.
But it might be years before I see them again.
In Britain, the official Covid-19 death toll is 42,000. In reality, it’s likely to be 50% higher.
In Vietnam it is still zero.

Occasionally international media, think tanks, academics etc question those numbers. Vietnam is hiding something, right? Once they are set straight they adjust their questioning.
“There must be at least one or two?”
While tens of thousands die in their own countries there are people fixated on individual cases in Vietnam.
This week I wanted to quote a line from the Ghen Co Vy song that Vietnam released to promote handwashing and mask-wearing. I was looking for the video with the English subtitles on YouTube. A couple of months or so back I was so tired of it. It would be played from speakers on trucks that drove up and down our street. It went viral globally. It was the first clue that Vietnam was going to produce a world-class response.
I was surprised at how nostalgic it made me feel.

I owe a debt to Vietnam. Maybe I can give something back. Maybe I can just be better.
Vietnam can be better too, or rather, it can continue to be this good. That world-class thing. The transparency, the openness, a country united. They can apply that to everything. This is the new standard.
#VietnamLeavesNoOneBehind — let’s judge everything by how it lives up to a hashtag that was everywhere during the Covid-19 fight.
They used to say Vietnamese people worked hard but they couldn’t be creative. An international viral hit shot that down. They said they could manufacture but couldn’t develop. Test kits, apps take your pick.
I wouldn’t bet against Vietnam for a vaccine too. Vietnam can do anything.
I’ve heard those who criticise Vietnam saying that “ugly nationalism” and “populism” are appearing in Vietnam. I disagree. It’s called pride. Pride and confidence.
Still zero deaths.