Located in the center of Hai Phong City – the 3rd largest city of Vietnam, Hai Phong Opera House (the Municipal Theater) is one of three French-style architectural theaters built in Vietnam, together with Hanoi Opera House (Hanoi capital) & Saigon Opera House (Ho Chi Minh City). Dated from 1904, this neoclassical Municipal Theater is at national level of art architecture and the place to witness many important revolutionary events of Hai Phong and the country. The building also preserves many cultural and artistic values.
This article will bring you more information about this amazing work of “City of Red Flamboyant” – called as locally. 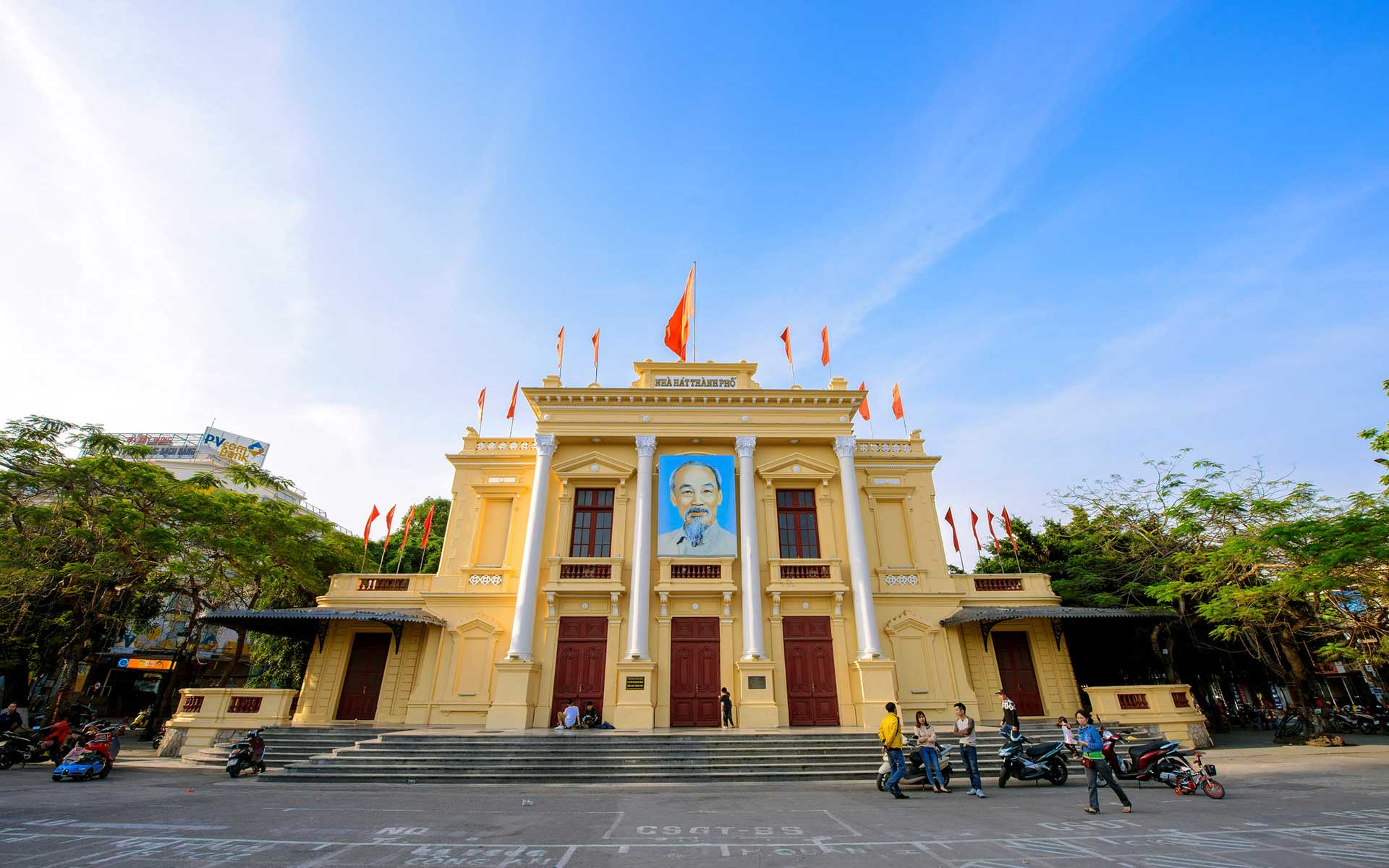 According to the Hai Phong Museum, Hai Phong City was established on July 19, 1888 by the decree of the President of France and classified as Hanoi and Saigon. Also during these years, the French promoted the construction of Hai Phong Port. After setting up the port bridge in 1885 to 1887, the French installed a drainage system on the Cam River, established a warehouse and set up a sign (Hon Dau) to guide ships in and out. Thus, by the end of the 19th century, Hai Phong had become a port, an industrial center in the North of Vietnam.

Along with city construction, the French also built cultural works to serve the enjoyment of French capitalists, indigenous mandarins, and Vietnamese bourgeois. The need to enjoy the arts and culture of this group is growing, requiring a theater. The establishment of Hai Phong Opera House is an inevitable need.

The construction was started in 1904 in the old market area of An Bien ancient village, and completed in 1912 according to the prototypes of Paris Opera House and simulated the architecture of medieval French. All materials of the building were brought from France, and constructed by Vietnamese workers under the leading of French architects. This area was then considered as the center of Hai Phong City.

During the French colonial period, the Opera House was a place of political and cultural activities for the French and rich indigenous peoples. Only famous troupes from France or famous local ones could be performed here and only the rich could afford tickets.

Although there were many times to repair until now Hai Phong Opera House is still kept the original design. Nowadays, this is the place where many meeting activities, cultural performances, and entertainment take place on important occasions and holidays. 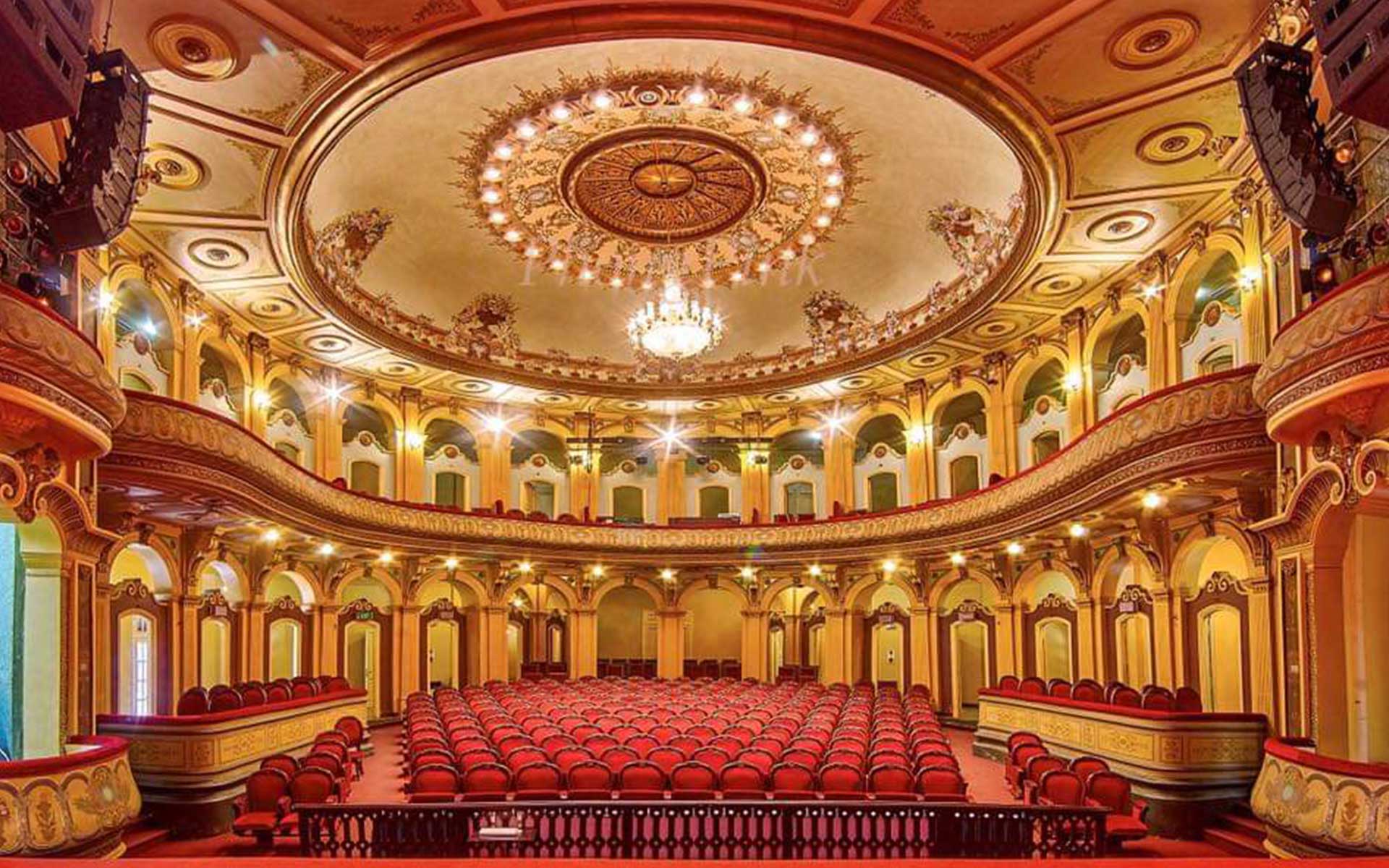 Furthermore, the auditorium was greatly designed with vaulted ceiling and decorated with flowers and names of famous European artists like: Mozart, Beethoven, Molière … Outside the theater is the large square, facing water fountains, beautiful flower garden, and twinkling lights.

Previously, the best icon of Hai Phong Opera House was the Lia symbol on the main gate. This is a kind of instrument representing for music which is made of elephant’s tusk with its base made of tortoise’s shell, hold by the Apollo – the Spirit of Light, Music, Poetry, Cure and Prediction. At present, images of national red flag, yellow star are replaced. 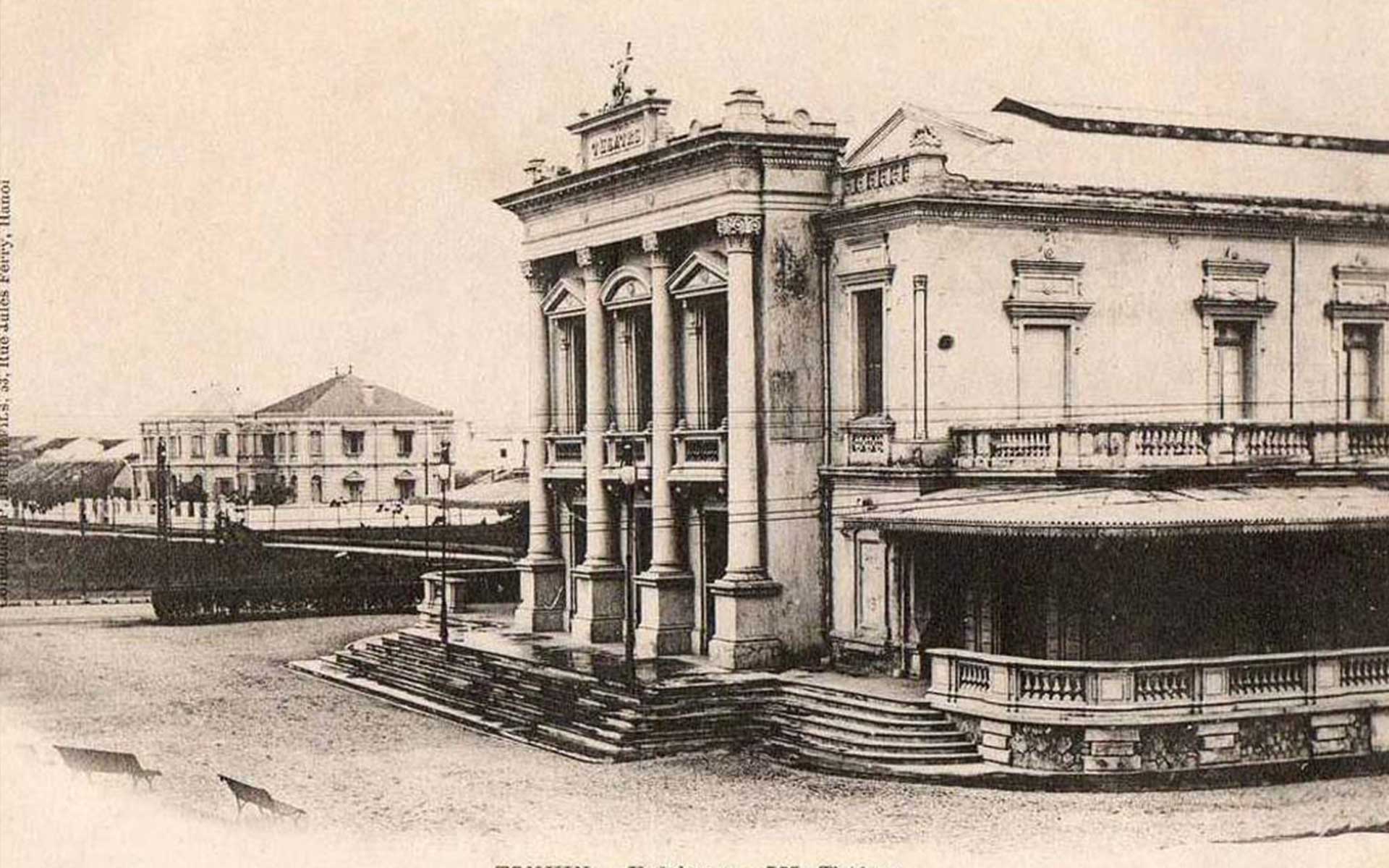 Under the French colonial period, the Opera House was the place for political and cultural activities of the colonial, feudalism and a bourgeois division. This is also the place to record the historical landmarks and milestones of the national revolution and of Hai Phong City.

At the Municipal Theater Square, on the morning of August 23, 1945, tens of thousands of people, supported by self-defense forces, poured in from many crossroads with the red flag and the yellow star in hands. Exact 10 o’clock, the solemn rally opens at the Theater Square. Comrade Nguyen Quoc Uy on behalf of the Uprising Committee declared the abolition of the government of the Japanese fascists and established the provisional revolutionary People’s Committee of Hai Phong.

After the August Revolution, the Opera House was the central place to organize activities of the revolutionary government, such as Golden Week, the Hunger relief movement, the South advance movement.

On 20 November 1946, during the first days of the French attack on Hai Phong, 39 Viet Minh soldiers and Opera staff with antique muskets led by platoon commander Dang Kim No fought French troops from the Opera House for three days and nights, killing 50 French soldiers before they were overcome. The Viet Minh evacuated the city on the 23 November under bombardment.

Municipal Theater Square was also the place to witness the event of thousands of people in the inner and suburbs welcoming the army to take over the city on May 13, 1955. Since the liberation of Hai Phong until now, the Municipal Theater has been the center of political and cultural activities of the city, especially during the celebration of city liberation on May 13 every year and during the Tet holiday. 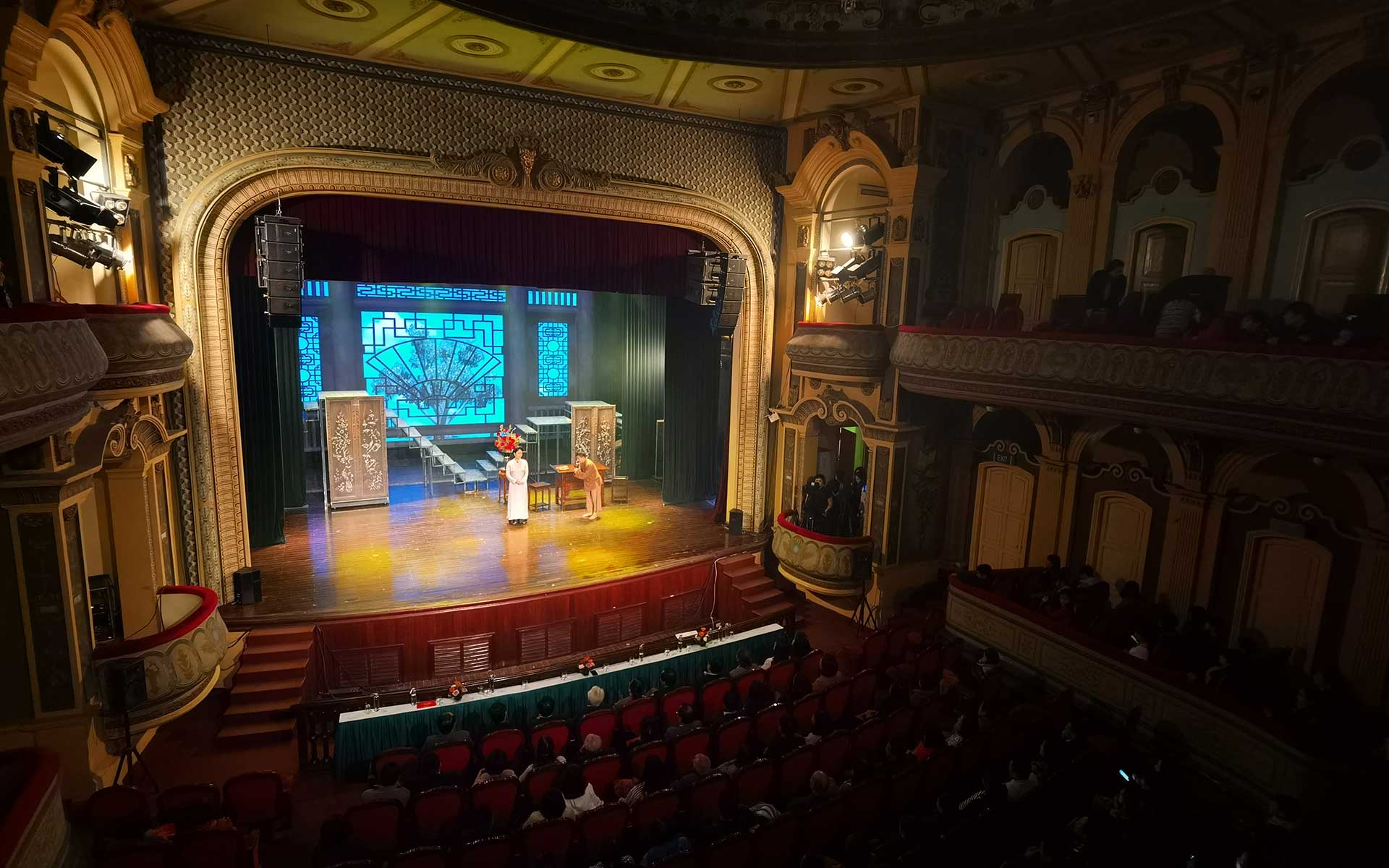 In terms of cultural value: Since being put into operation, the theater was the place where French colonialism, feudalism and a private division had political activities and cultural performances. After the liberation of Hai Phong (May 13, 1955), the Municipal Theater was taken over and used by the revolutionary government. More to local genres were performed including classical opera, dramas (tuong, cheo), and the popular folk musical (cai luong). Since then, the theater has made an important contribution to the development of Hai Phong City in terms of culture, society and tourism. The Opera House also holds concerts of Vietnamese music, both classical and neotraditional Vietnamese-Western (ca tru, “revised national music”), folk genres such as chau van, quan ho, and popular songs.

In terms of artistic value: Being born on the foundation of the French colonial regime, from design to construction materials, architectural decorative patterns are entirely model according to the product of European culture. The Municipal Theater is also a neoclassical architectural work, inheriting the beauty of ancient Greek – Roman architecture and combining lines, strong Baroque, fine art decoration, painting French romantic style. The interior space of this place is like a lively, multicolored art museum.
With the special values of Hai Phong Opera House, the Ministry of Culture signed a decision on December 9, 2015, to classify the Municipal Theater as one of 6 architectural works, the famous landscapes as a national monument. 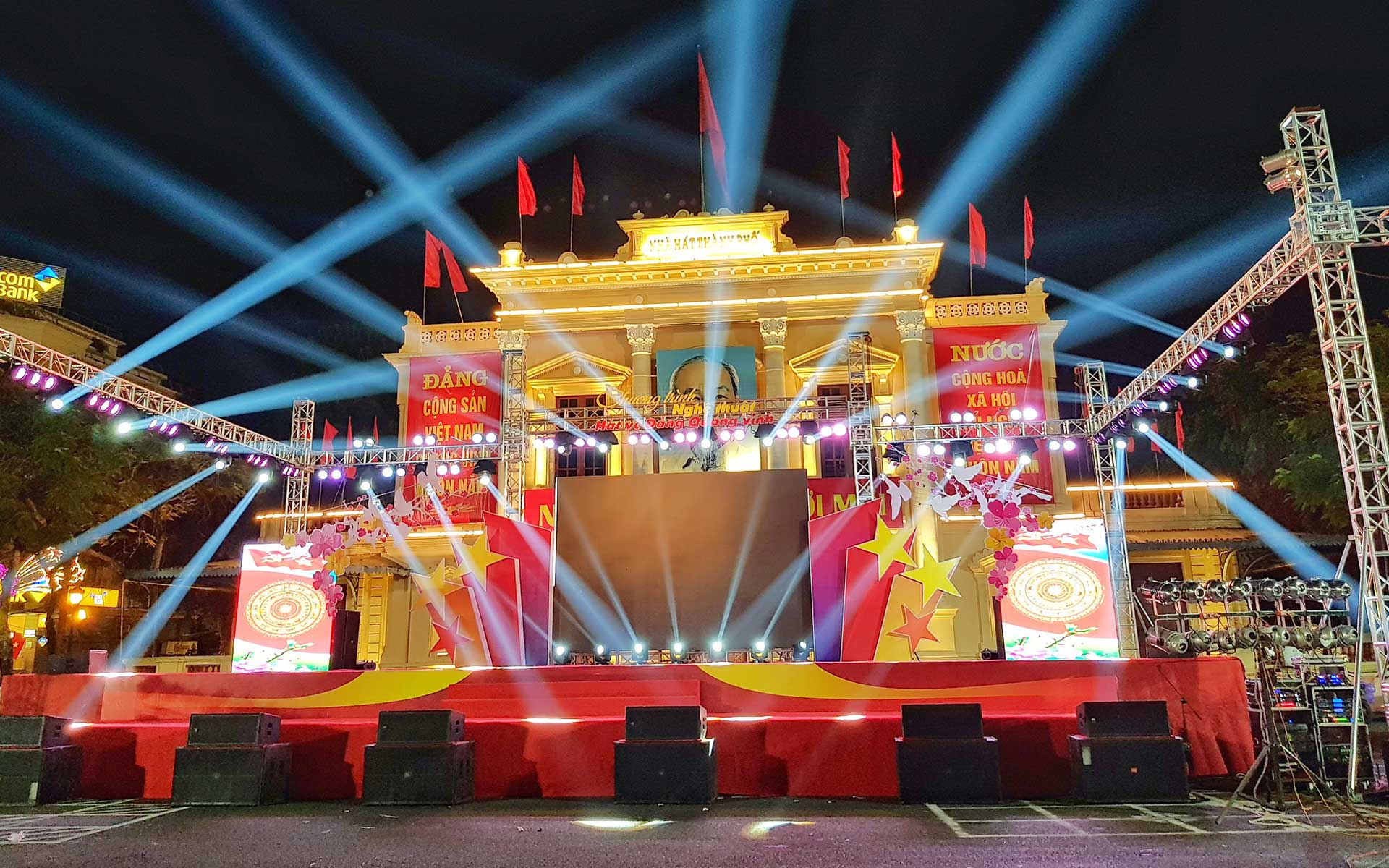 – Similar to Hanoi Opera House and Saigon Opera House, Hai Phong Opera House is only open to the public during events and performances, there is no actual opening time as well as entrance fee. The price varies according to type of show / event, time and seat class. Normally, you come to see from the outside, take pictures, or just relax and chit chat with friends here.

– You can also walk around to the nearby attractions next to the Haiphong Opera House, such as Flower Stall & General Le Chan Statue – one of the female generals under the command of the Trung Sisters (Hai Ba Trung) rose against Chinese rule in the year 43 C.E. You may also like to wander around Tam Bac Lake to breath the bustling life of Vietnam’s third largest city, see swans on the lake, visit Iron Market etc.

A bit further is the Central Post Office – one of nice French architectures in Hai Phong and the City’s newest bridge – Hoang Van Thu bridge – which across Cam River between the old town and Thuy Nguyen District. A drive over the bridge will offer panorama views of the whole city and a part of Haiphong Old Port…

– Don’t forget you are in the heart of the City, it means you can find many restaurants, local foods and drinks around…Some specialties of Hai Phong City you should not miss are crab noodles with special taste and aroma (banh da cua); spicy bread with pate (banh mi cay); crab spring rolls (nem cua be); crab hotpot which is extremely rich and flavorful, with lots of freshwater crab paste and crab meat (lau cua); and new popular drink of pickled coconut (dua dam)…

Hai Phong City is loaded with a wide range of hotels and resorts with different quality, standard and prices. Here are some names for your choice: 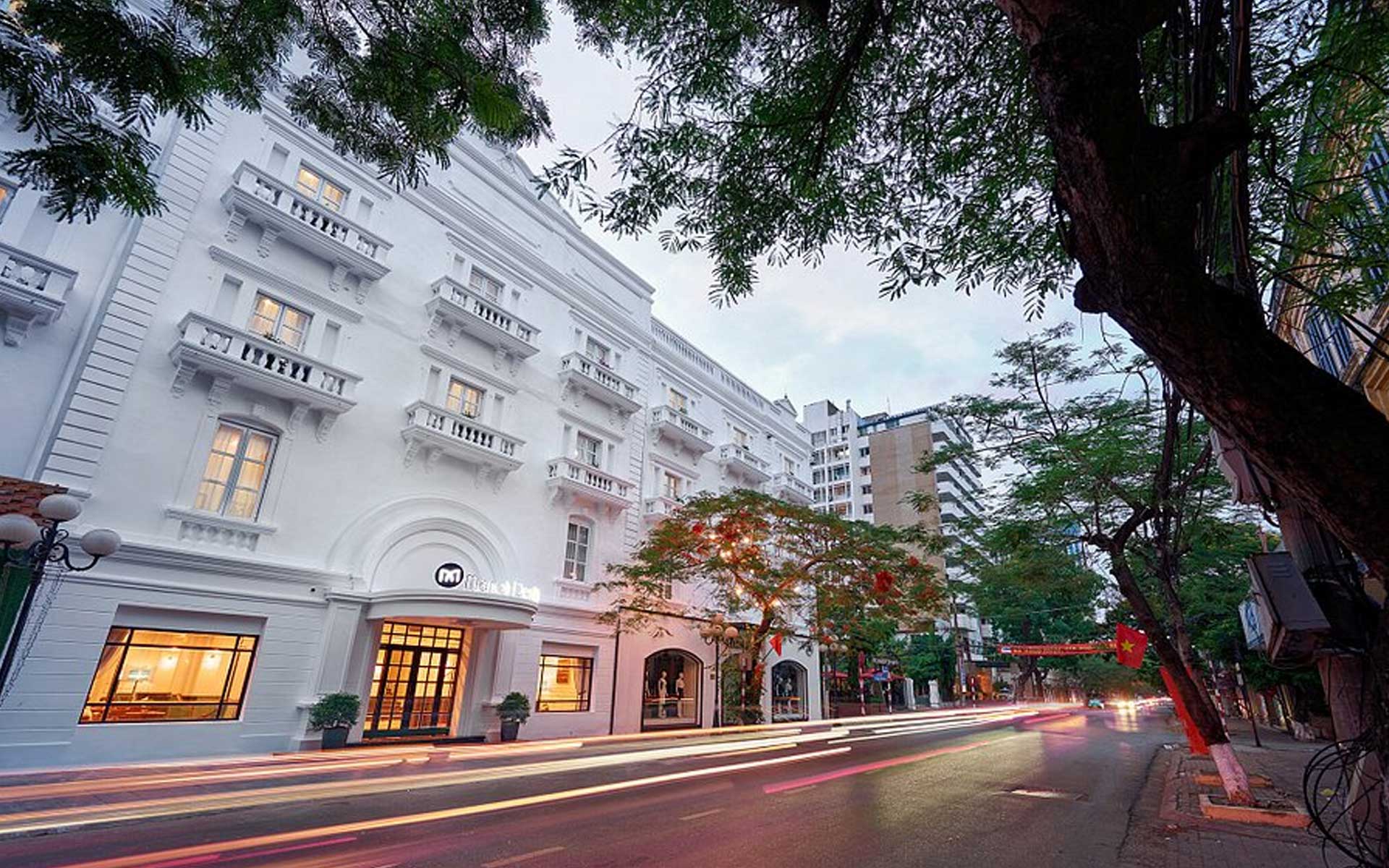 How to Get here?

Located in the heart of Hai Phong City, Hai Phong Opera House is close to many symbolic attractions of the city. You can easily get here on foot or if you stay further, no other suitable option than taking taxi, motorbike.

Our senior travel guide go along with private car/ van would be a great combination and which could ensure you a great trip.
Vietnam Travel welcomes the chance to assist you design your perfect trip. Please absolutely feel free to contact us whenever your interest on a holiday to Vietnam is set up! 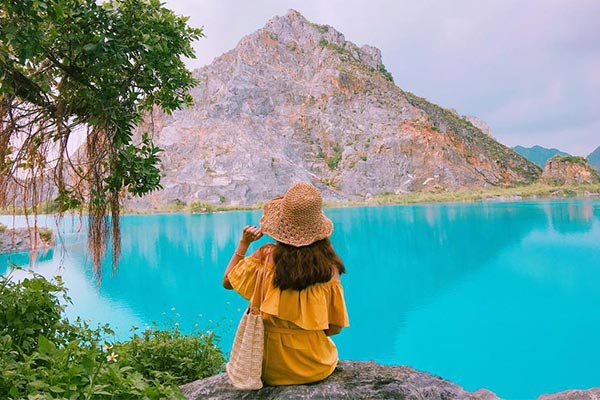 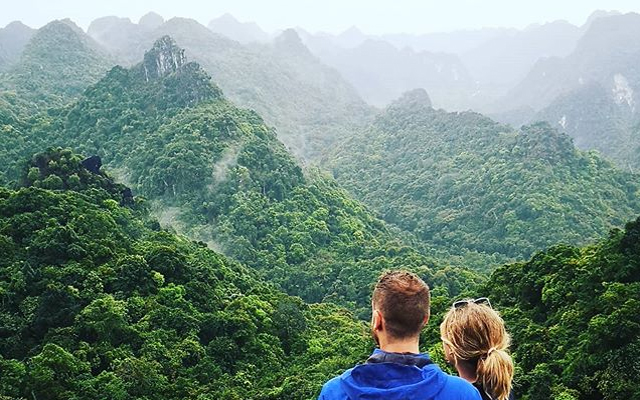 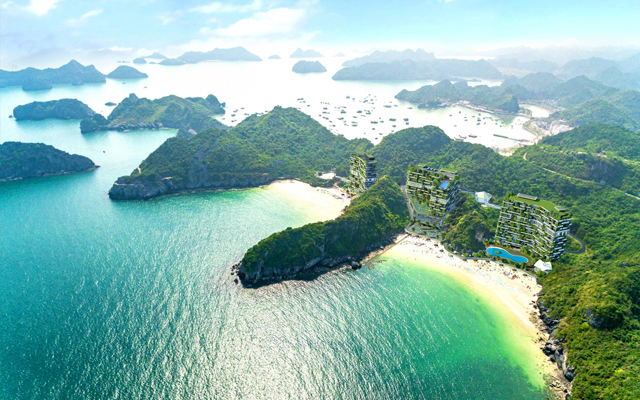