A British pilot who spent more than two months on life support in Vietnam after contracting Covid-19 is on his way home, astounding doctors who gave him a 10% chance of survival.
Stephen Cameron, 42, was the sickest patient medics have treated during the coronavirus outbreak in the country, which has recorded no official deaths, following a fast and proactive response to the pandemic. 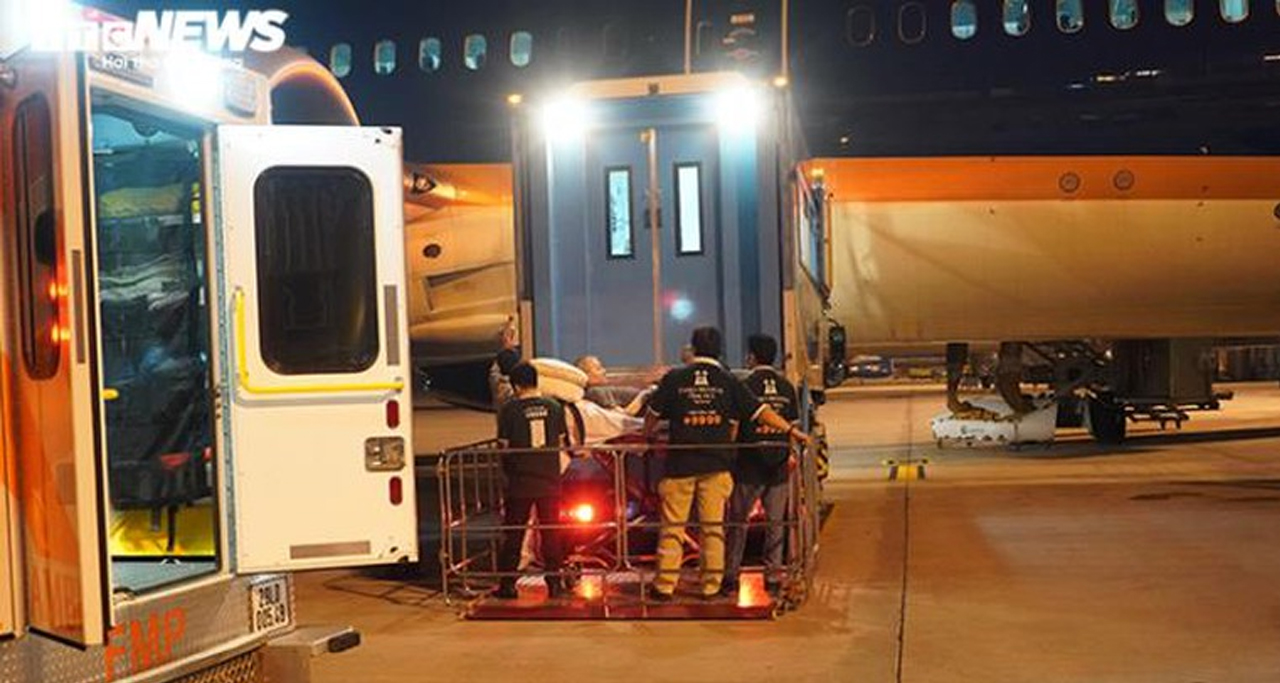 Little more than six weeks ago, they warned that Cameron would need a double transplant for his lungs, which were only functioning at around 10%.
But after nearly four months in Cho Ray hospitals in Ho Chi Minh City, including 10 weeks on a ventilator, the Vietnam Airlines pilot from Motherwell, Scotland, was discharged on Saturday flew to the UK on 12 July 2020.

“I’m overwhelmed by the generosity of the Vietnamese people, the dedication and professionalism of the doctors and nurses … the odds say that I shouldn’t be here so I can only thank everybody here for what they’ve done,” Cameron said as he left Cho Ray hospital.
“I go home with a happy heart because I’m going home, but a sad one because I’m leaving so many people here that I’ve made friends with.”

Tran Thanh Linh, the deputy head of ICU at Cho Ray hospital, said “huge effort and energy” had gone into saving Cameron, who was given the country’s best equipment and whose case had captured the attention of everyone from doctors to government officials.
Just a few weeks after arriving in Vietnam in early February for a new role with the national carrier, Cameron spent an evening at the popular Buddha Bar in Ho Chi Minh City. He tested positive for Covid-19 days later, on 18 March.

Known as Patient 91, Cameron became the focus of huge media attention as the country’s top medical minds met to brainstorm treatment options.
The news that he would need a lung transplant was met with 59 donation offers, according to the health ministry.
But after he woke from a coma at the end of May, there were small signs of improvement – a thumbs-up sign for an attentive doctor, a trip on to the balcony to catch some sunshine and a video of him holding a Motherwell football club scarf aloft. Every step towards recovery made headlines.

Finally, on Saturday – as state media said his treatment bill had reached at least $150,000 – he was well enough to catch a special repatriation flight to London, accompanied by three doctors.

The U.K. Foreign Secretary, Dominic Raab on Monday thanked Vietnam for treating British Covid-19 patients, and congratulated the country on its success in tackling the pandemic.
In a phone call to Deputy PM and Foreign Minister Pham Binh Minh, Dominic Raab expressed his gratitude and appreciation for the dedication of the Vietnamese authorities and doctors who treated British Covid-19 patients.
He also feted Vietnam on its impressive success in handling the Covid-19 pandemic, adding that the UK had placed Vietnamese citizens on the non-quarantine list of people entering the country.

On Friday, Vietnam celebrated 85 days with no community transmission of the coronavirus.
The country has just 373 confirmed cases as of 14 July and zero deaths, but its borders remain largely shut. More than 10,000 people are currently in mandatory quarantine.