Located in Lien Hoi Commune, Van Quan District, Lang Son Province, Na La Cave (Hang Nà Lả) has a lot of stalactites and stalagmites with unique shapes and golden glitter. It is considered as a tourism resource of Van Quan District and discovered by the local people in the area for a long time. However, the local authority has just started to investigate and evaluate for oriented tourism development. This cave is in the tourist destination system that has just been put into the Lang Son Tourism Development Project by the Provincial People’s Committee until 2030, opening up opportunities for tourism development for Van Quan District in the near future. 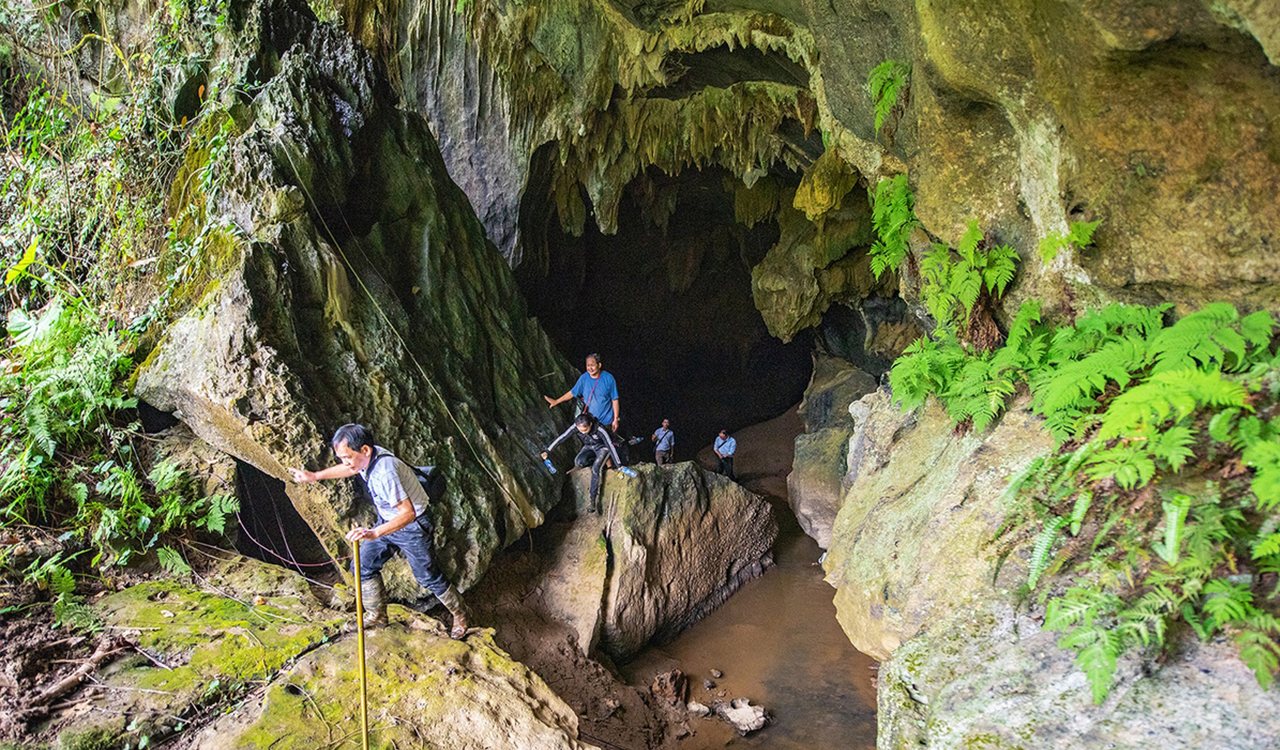 Below is a photo album about Na La cave taken by Mr. Bui Vinh Thuan, a photographer living and working in Lang Son City in the survey with the locals at the end of last year. This will help you get more information about a new exploring destination in Lang Son particularly and Vietnam generally. 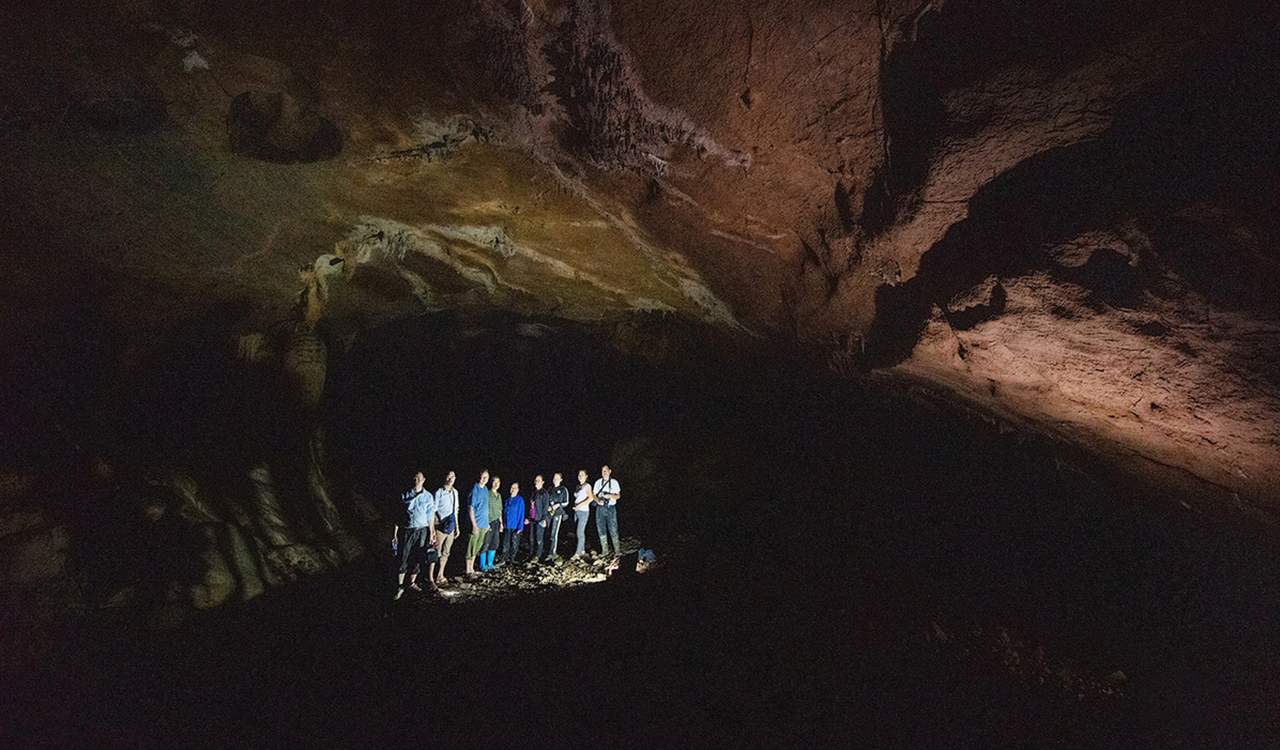 Group of spelunkers at the cave

The survey group is inside of cave entrance and about to go further to explore the cave. Mr. Luong Dinh Doan (the 4th person from left to right) is a local supporting the group in this survey. The perfect time to explore Na La Cave is from November to March when the weather is relative dry and cold. In contrast, it is not suggested to visit cave in summer since the large amount of rainfall may cause flooded inside the cave. 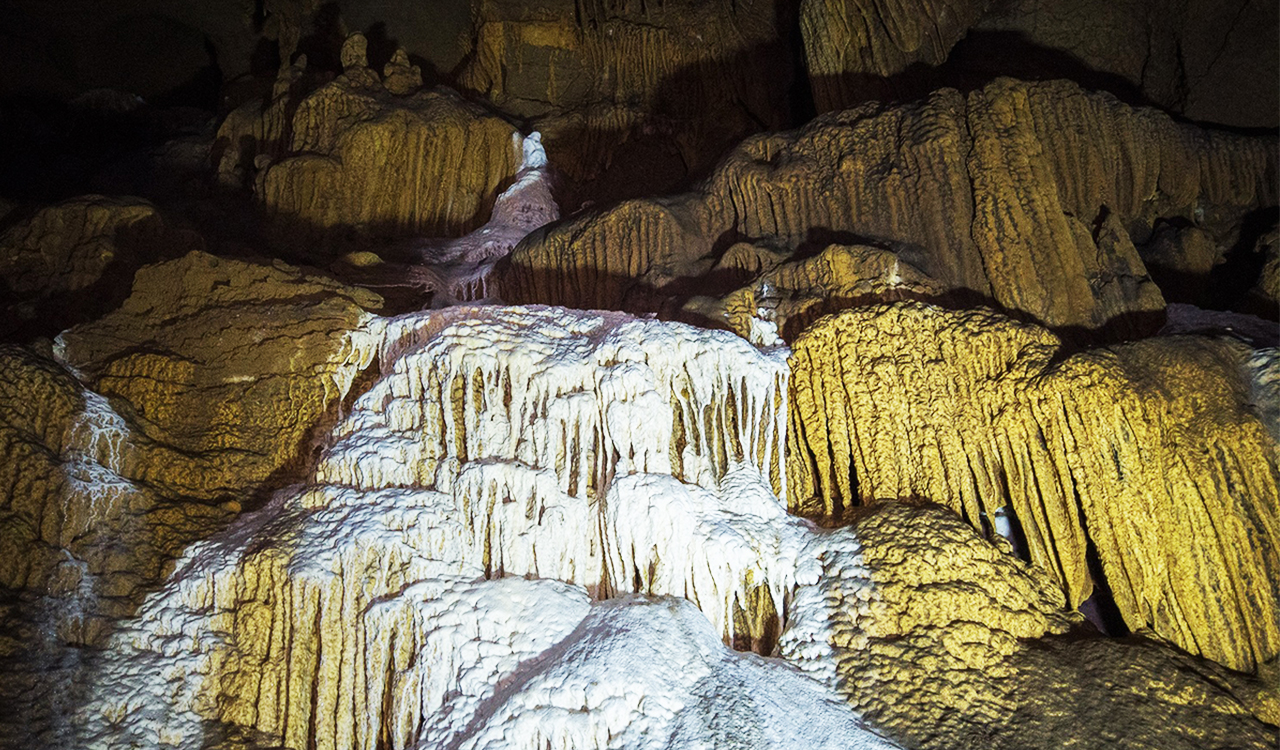 Stalactite in many colors

From Van Quan Town, visitors drive about 13km following to Highway 1B and road 232 to reach the center of Van Mong, then ride motorbike about 1km on concrete and trail road to Na La cave area. However, visitors should have to wade through a muddy stretch to reach the mouth of the cave, Mr. Doan said. 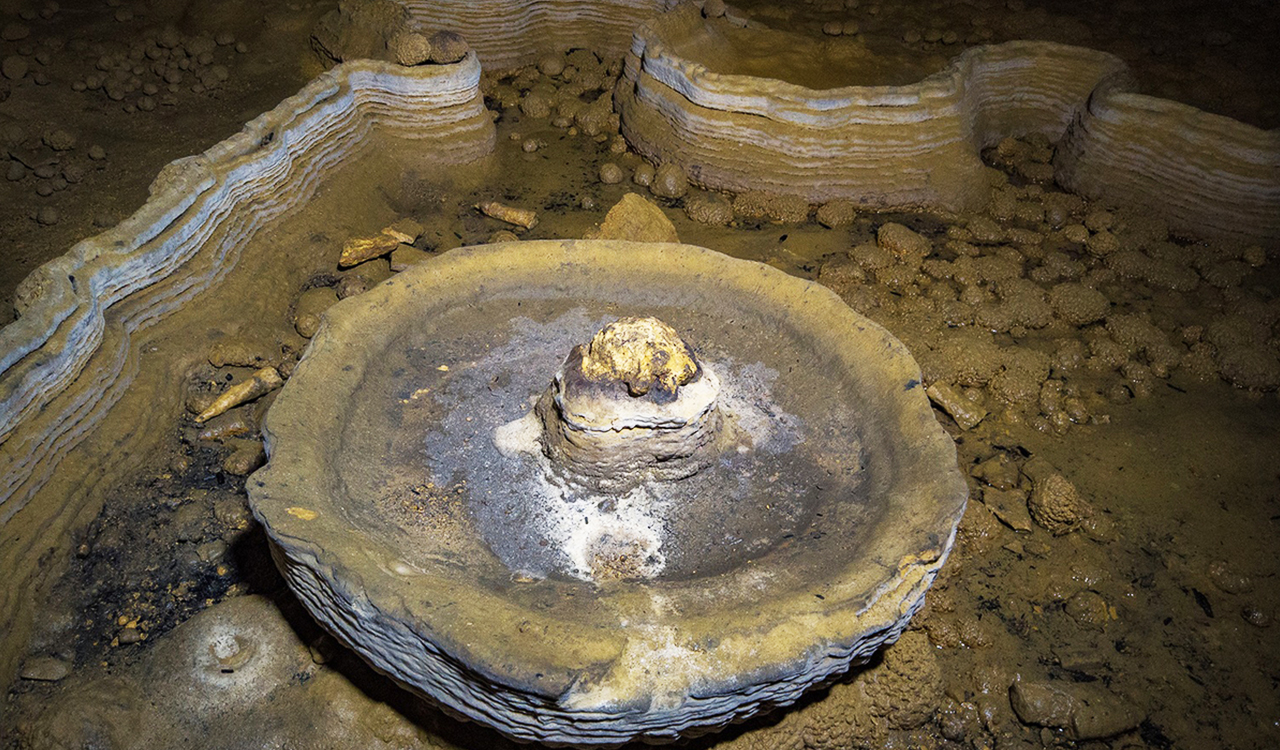 Stalagmite is growing in many shapes 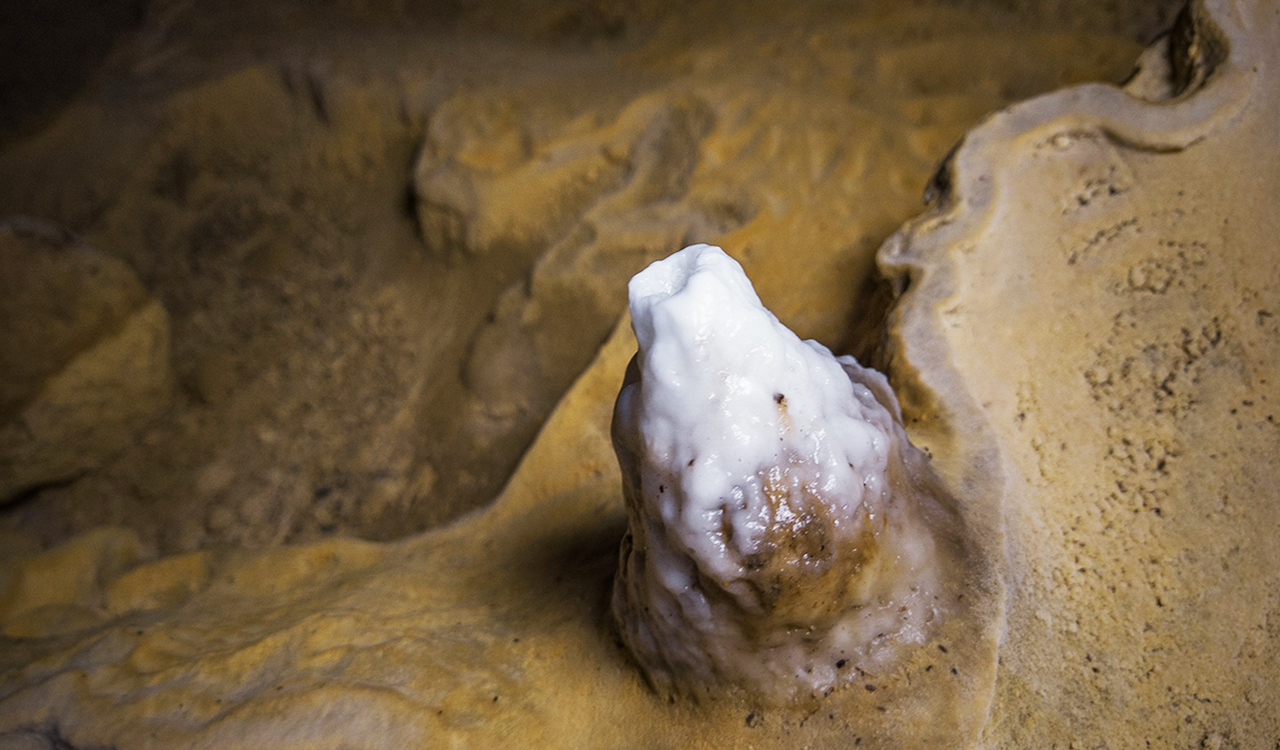 The forming of stalagmite

About 50m from cave’s mouth, the cave becomes larger and there are 2 turns: the right turn is underground streams and the left turn is where to explore Na La cave. There are many pristine stalactites along cave wall. When the flashlight is illuminated, these stalactites become magnificent and sparkling like inlaid with gold. The cave is very dark so people should prepare flashlights, walking shoes or boots. For photographers, it is recommended to bring compact, lightweight handheld shooting and recording equipment for convenient mobility and operation. 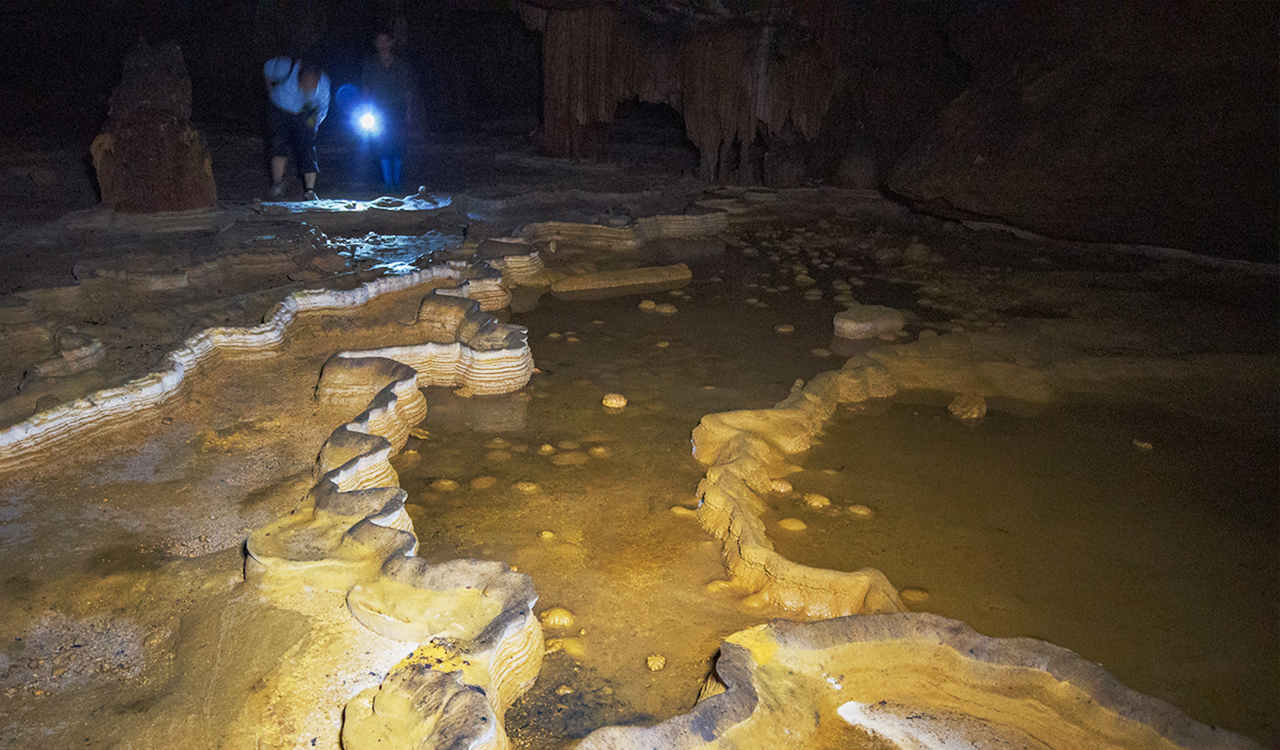 On the floor, the stalagmite shaped as terrace field

Mr. Thuan said part of the cave, which they explored, is nearly 200m long, with a section where they must stoop to crawl through. The widest area has a diameter of about 15m and the ceiling is about 5m high. After going about first 100m, the group saw a dead end. However, there is a 10m long narrow gap close to the cave floor which is just enough for one person to crawl through slowly. And then a space of impressive stalactites and stalagmites appears in front of them, including a falling waterfall-like stalactite floor. 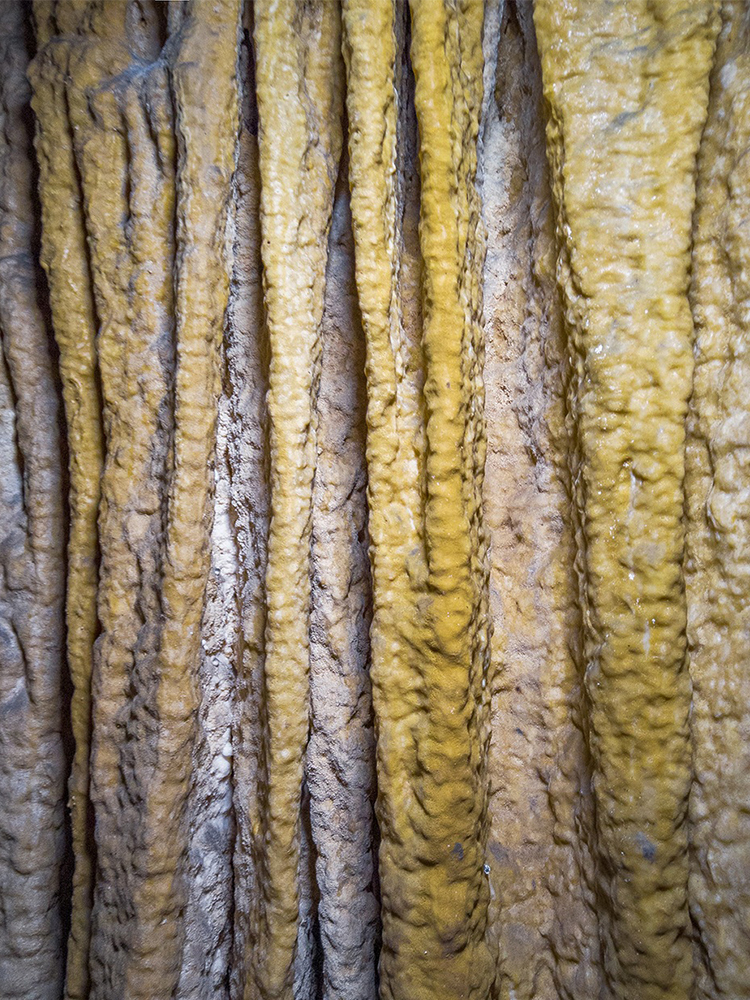 Growing stalagmite in the cave

The stretching stalactite array has shape like sea ripples. According to scientists, stalactites are formed by the residue of dripping water that has been trapped over thousands of years. This is also called “hanging” mineral on the ceiling or wall of the caves.

Each cave space is a geological tectonic foundation with different stalactites and stalagmites like a mill, bean garden, terraced fields or jackfruit garden. 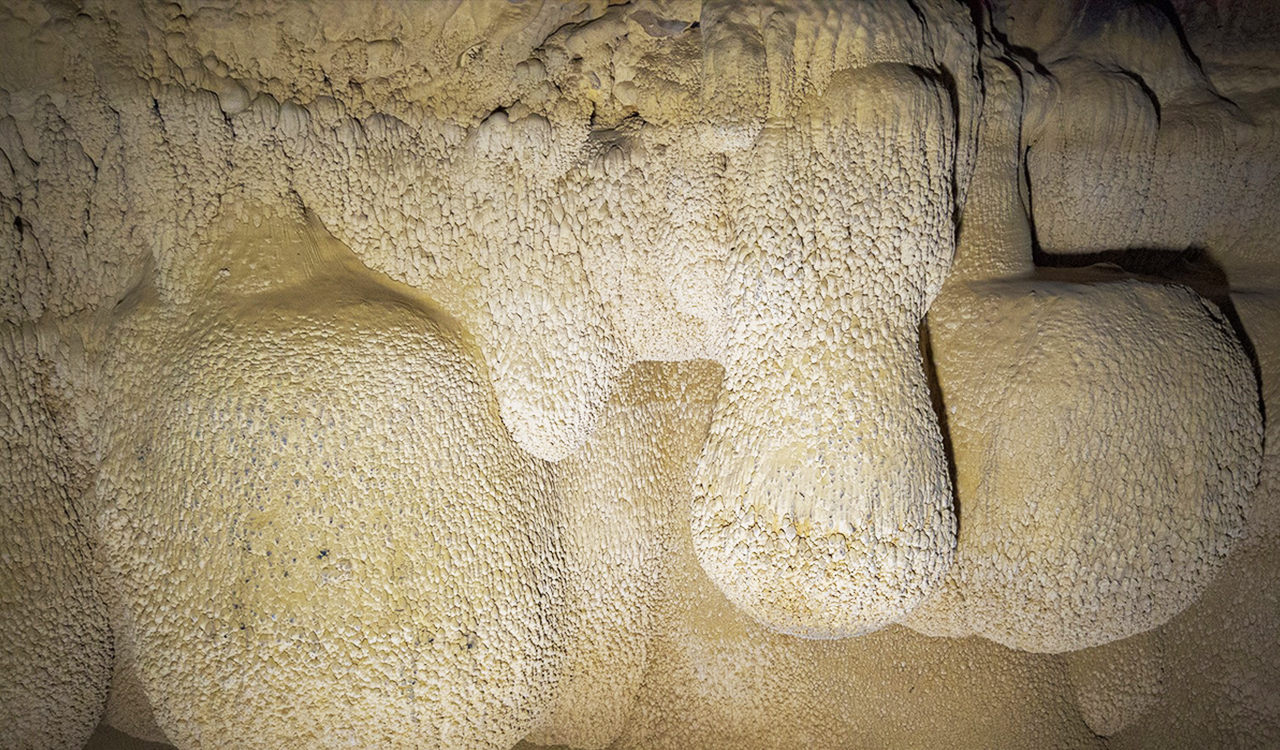 The group went to another compartment and found out a “bean garden” with a lot of round stone grains in different sizes. The section of the “bean garden” is about 30m long and 5m wide. In this “bean garden”, stalagmites are still growing and sprouting. Stalagmite is a form of cave sediment that develops from a limestone cave floor, with a small and low cone shape. Stalagmites and stalactites combine together to form rock columns. 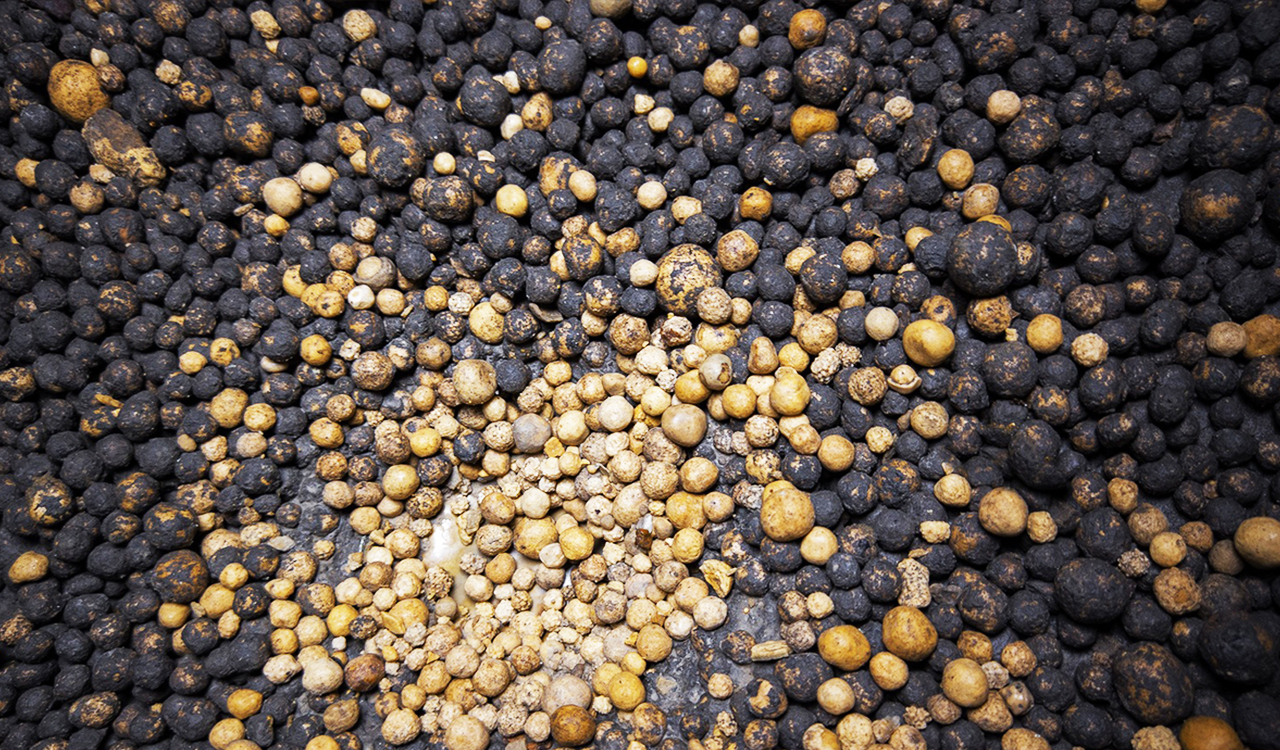 Rocks was shaped as beans on the ground

The deeper the group went into the cave; the more interesting things were discovered. They saw many large stalactites like jackfruits with rough surface. In addition, there is a limestone pit with 2m depth. They also explored a giant durian segment-like stalactite. The splendor of the yellow stalactites when the light shines on made everyone fascinated. 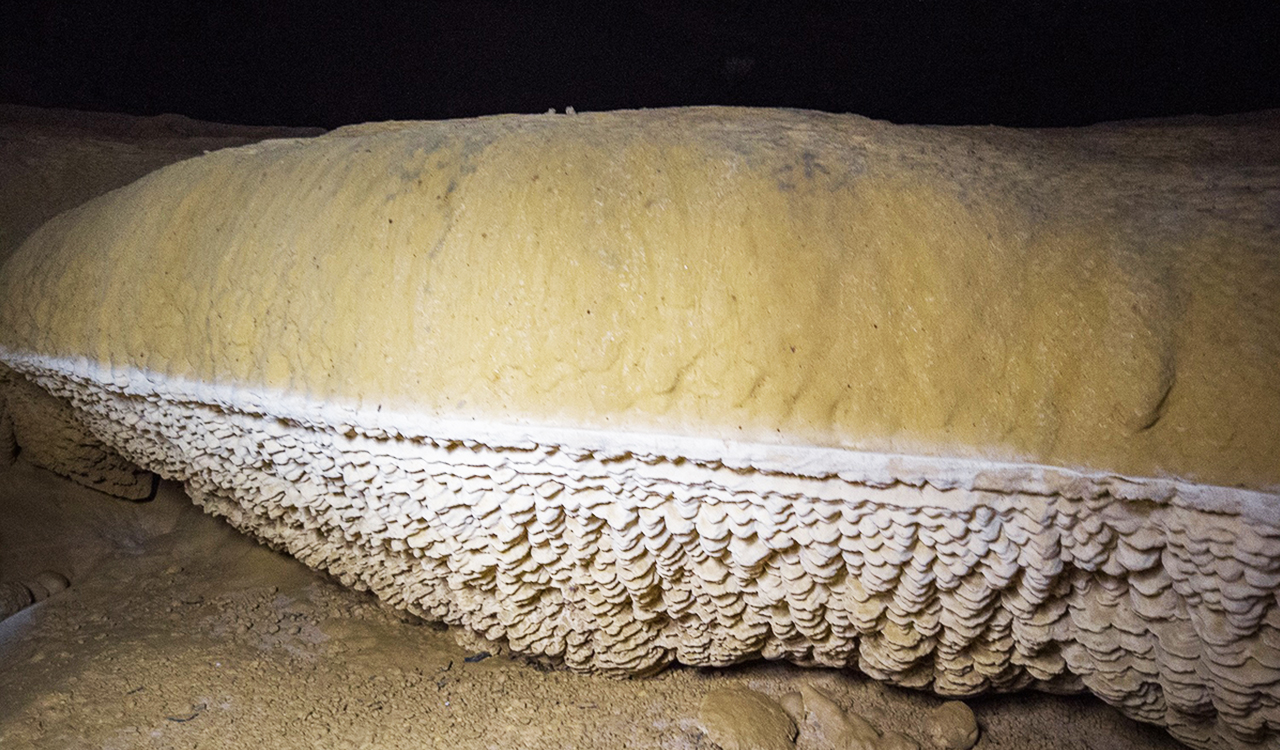 A stalagmite shaped as a flesh of durian

While observing stalactites and stalagmites in Na La cave, the group heard the rattling sound in the limestone slots. It was the sound created by crabs. In the photo is a female purple and brown legged crab with eggs in the breeding season. “There is an underground stream flowing inside the cave and the water turns into another mountainous area which is an ideal habitat for rock crabs. In a quiet space, their rattling crawling sound on the stalum wall made everyone feel out of soul, thinking that they were rattlesnakes “, Mr. Thuan shared. 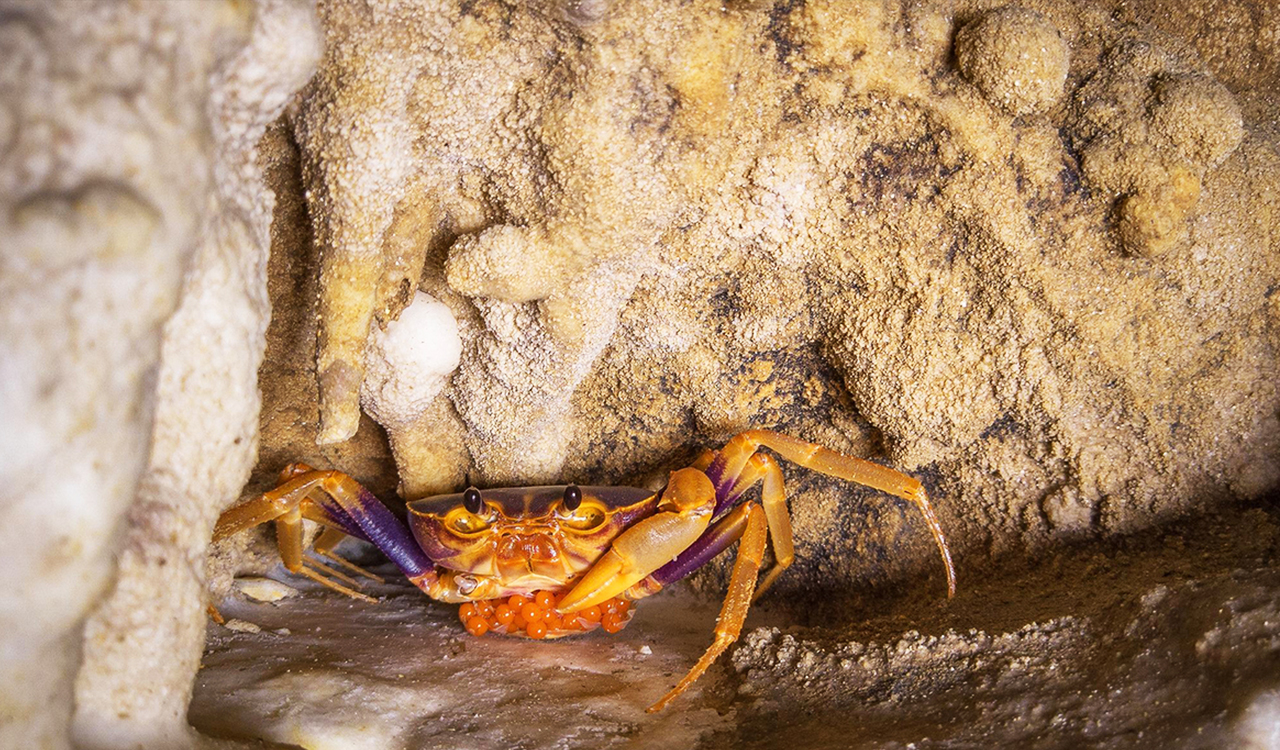 A living crab in the wet area of the cave

Mr. Doan said that the exact length of the cave was unknown yet. If going deeper, there is a shallow cave floor that goes up on the mountain, surrounded by Van Mong mountain forest. At noon, the survey group returned out following the old road.

Together with the well-known Bac Son Valley, the authorities and local people hope that Na La cave will become an interesting tourist attraction for those who love discovering nature and geology.

Photos posted in this article were taken in 2019 by Bui Vinh Thuan photographer. Content was translated from the original article source on Vnexpress – the most read Vietnamese newspaper. 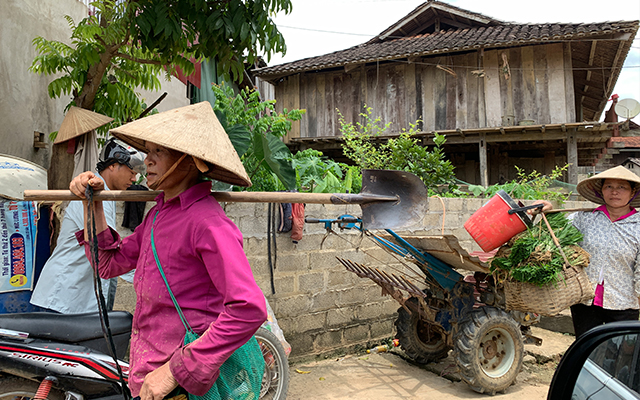 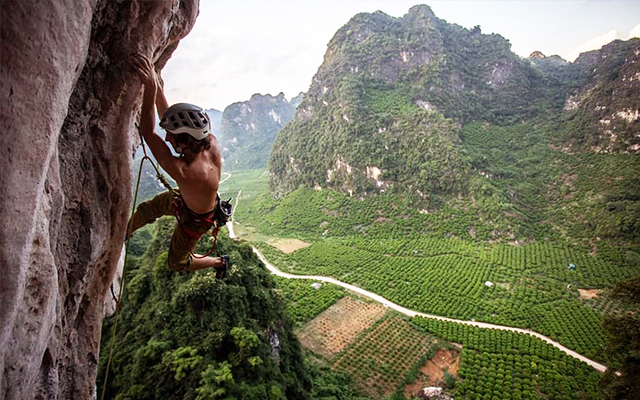 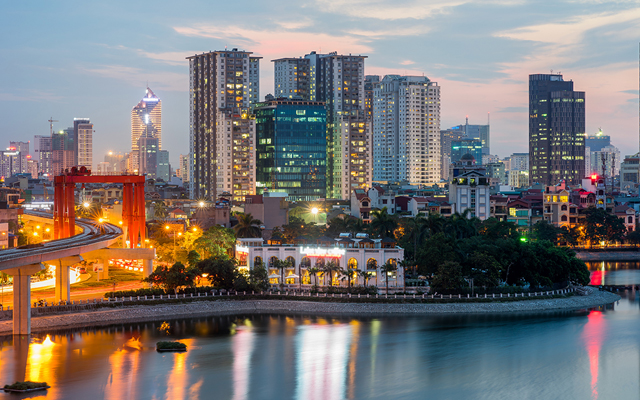