Canadian magazine listed Halong Bay – Vietnam in 10 places in Southeast Asia, You Need to Visit Before You Die.
There are so many temples, ruins, picturesque towns and natural attractions that it can be hard to know where to start. The crowds have gotten to everything before you, but rest assured that none of these iconic 10 tourist attractions will leave you disappointed.
1- Temples at Bagan, Myanmar 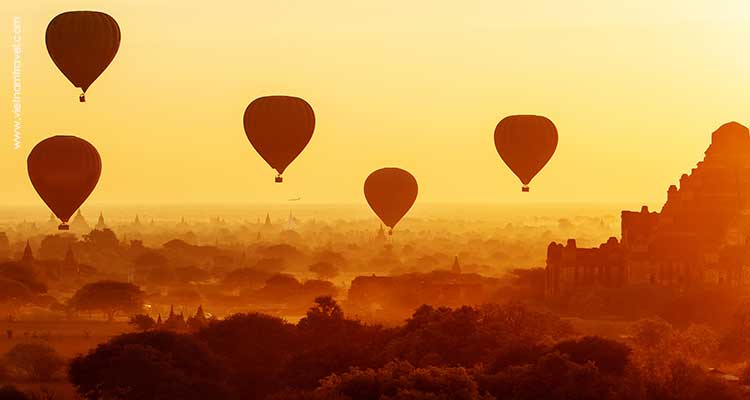 There are few sunsets in the world that compare to the light that shines on the thousands of temples on the Bagan plains. The appeal of the Buddhist temples at Bagan lies not in their individual majesty, but rather in the high-density and endless array of similar structures lunging out of the plains. 13,000 temples used to stand in the city of Bagan, the capital of the ancient Kingdom of Pagan. Some 2,000 still remain, and it’s this spiritual plenitude that makes a trip to Bagan unmissable. 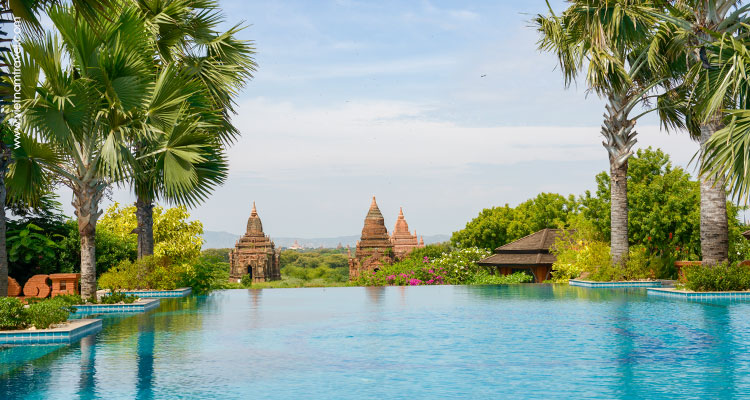 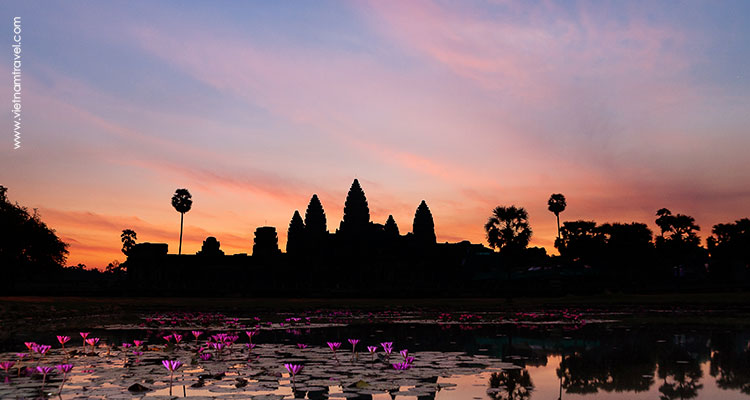 Famous attractions can suffer from inflated or unrealistic expectations. That isn’t the case with the Temples of Angkor. The sheer size of the temple complex is bound to impress. Most tourists tend to congregate around the main events like Angkor Wat, Bayon and the vine-covered Ta Phrom. The rest of the 400 square kilometres? All yours to discover. Generations of Khmer rulers built hundreds of architecturally jaw-dropping temples around the site. One day isn’t nearly enough to see it all. 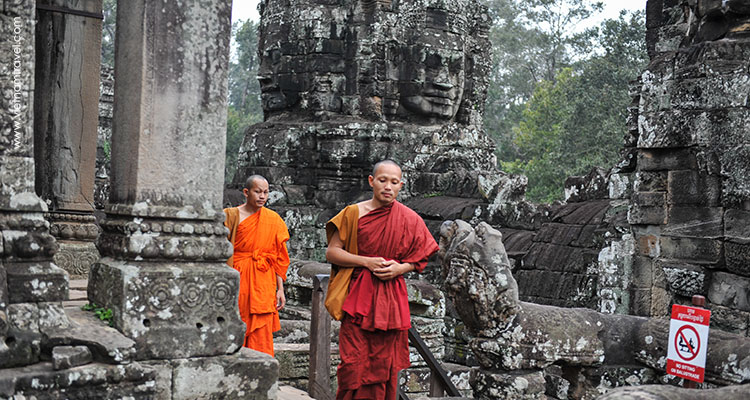 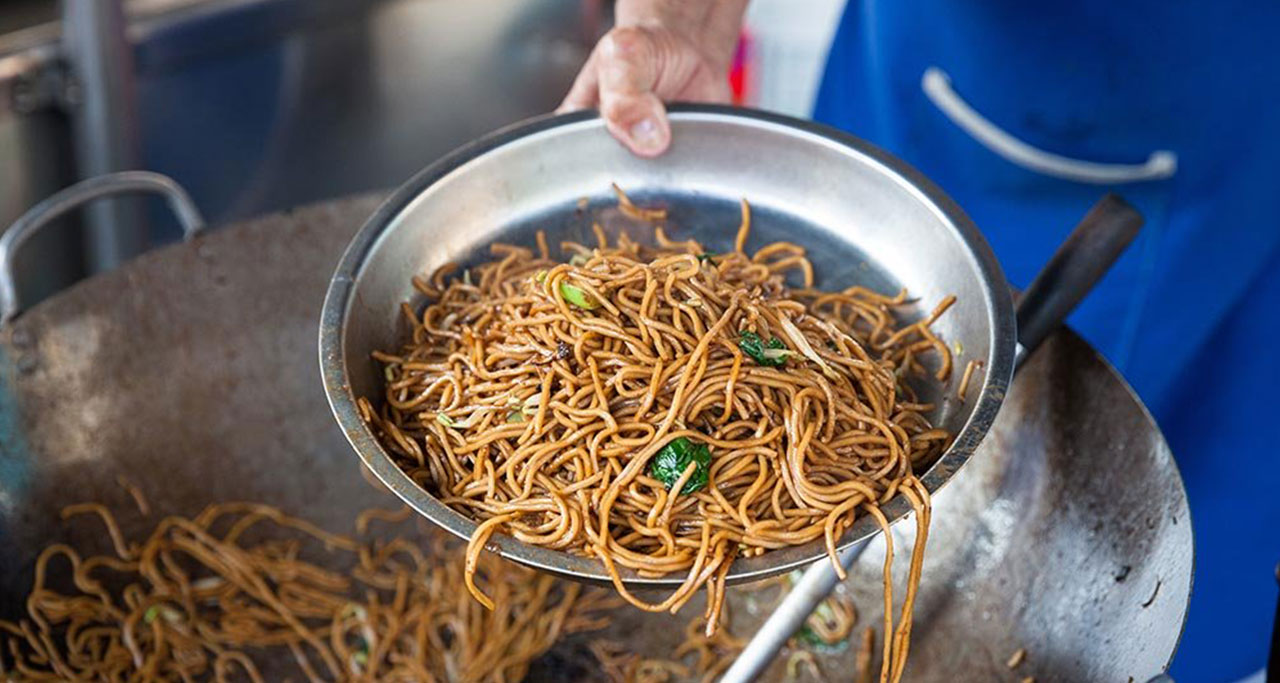 Penang, with its unique blend of Indian, Chinese and Malay influences, is an attraction to be savoured in the most literal sense. Spicy curries, delicious laksas and savoury soups are all on the menu. The vast majority of the restaurant food is extraordinarily cheap, so if you’re looking for an excuse to stop binging, look elsewhere. When you’ve finally had enough, Penang’s capital, Georgetown, is a UNESCO World Heritage Site home to 200-year-old temples, mosques and colonial buildings.
4- Halong Bay, Vietnam 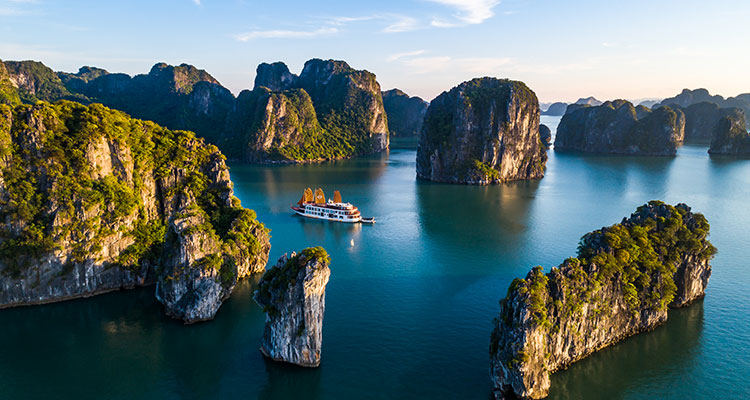 In the Bay of Descending Dragons, a unique karst topography juts out of the sea in and forms some 2,000 limestone islets. These often vertical formations are covered in dense forest. A cruise among the the formations is a magnificent way to spend a few days or more, landing on the islets for further exploration, rock climbing and other activities. Beware the season, though. Monsoons from June through September and again from January to March can limit visibility. In any case, it’s best to take a cruise to the outlying islands, where fewer tourists venture and the natural wonders are less explored. 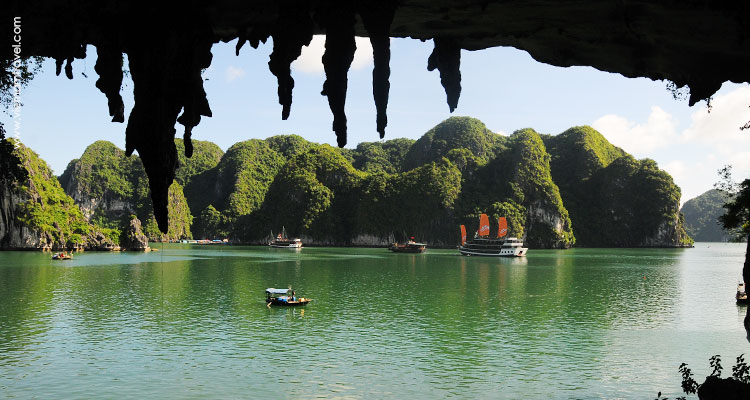 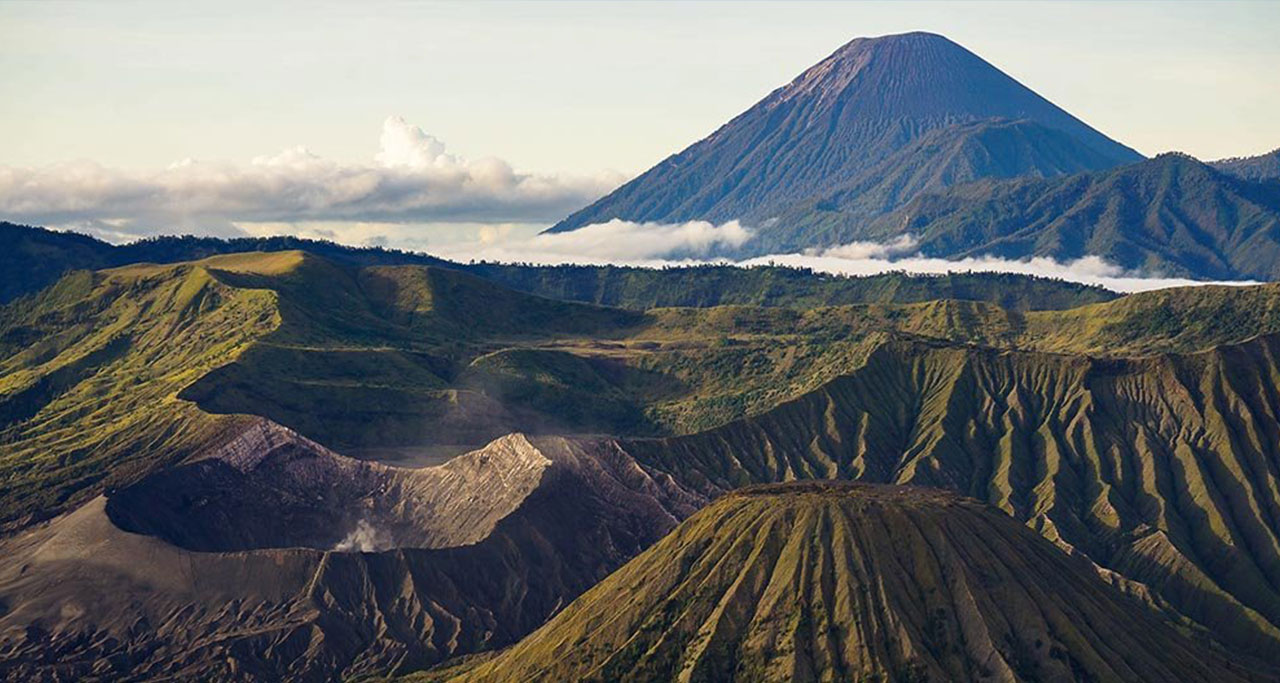 By the time you head down the Indonesian archipelago, you might be suffering from temple fatigue. Fortunately, Indonesia has plenty else to impress, including stunning unearthly landscapes in its volcanic belt. It is on the Ring of Fire, after all. Mount Bromo, in particular, is one of the most stunning places on the entire planet to watch a sunrise. It’s full of tourists, yes, but Bromo’s desolately beautiful caldera will leave a lasting impression regardless of who you share it with. 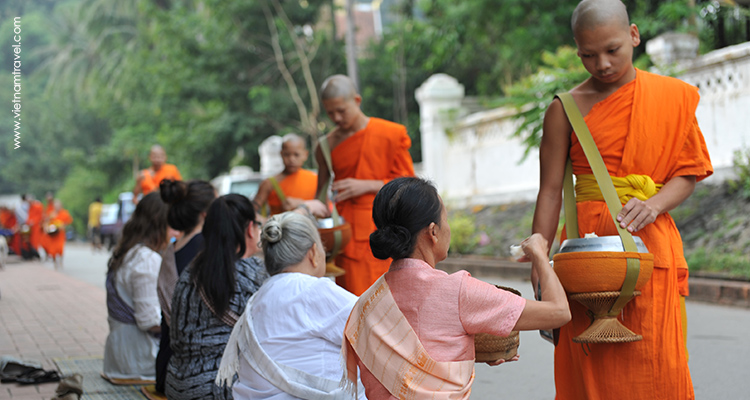 This UNESCO World Heritage site actually comprises an entire city. It’s rare to turn a corner here and not be confronted with remarkable colonial and Lao architecture. Beyond its quiet temples, Luang Prabang might be most famous for its haute cuisine and alms procession, a daily morning ritual in which monks clad in saffron robes take donations of food. Outside of town in the surrounding jungle, you can find surprisingly powerful waterfalls, bathing pools and echoing caves. 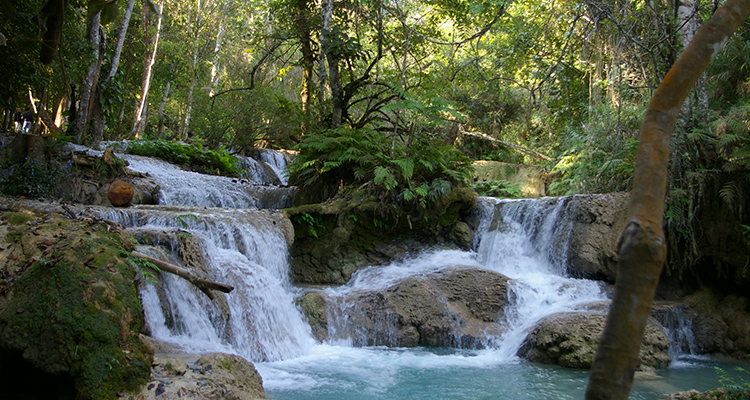 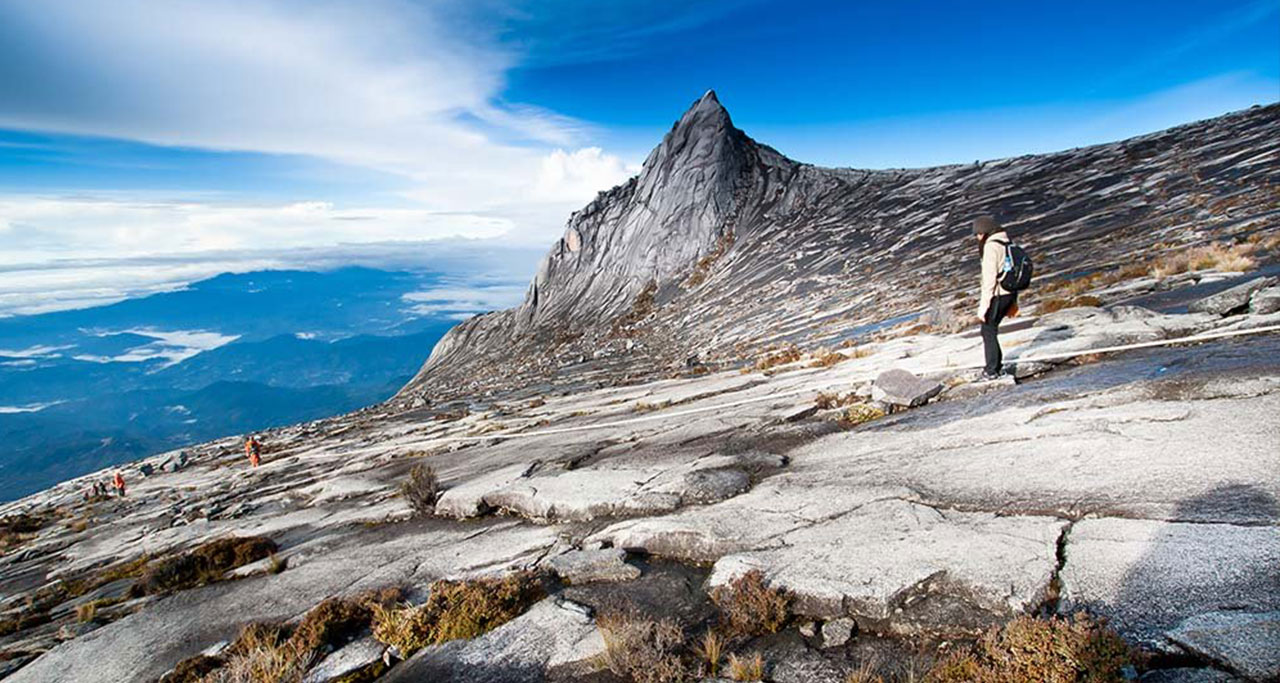 The common refrain you hear about Mount Kinabalu is that, on a good day, you can see all the way to the Philippines. Chances are that you won’t see the Philippines from the peak because of frequent fog and rain, but that doesn’t mean you should forget about climbing Borneo’s highest mountain. The ascent is technically straightforward and it’s also one of the most accessible mountains in the world. If you want a real adventure, try the excursion up to the 4,095-metre peak. 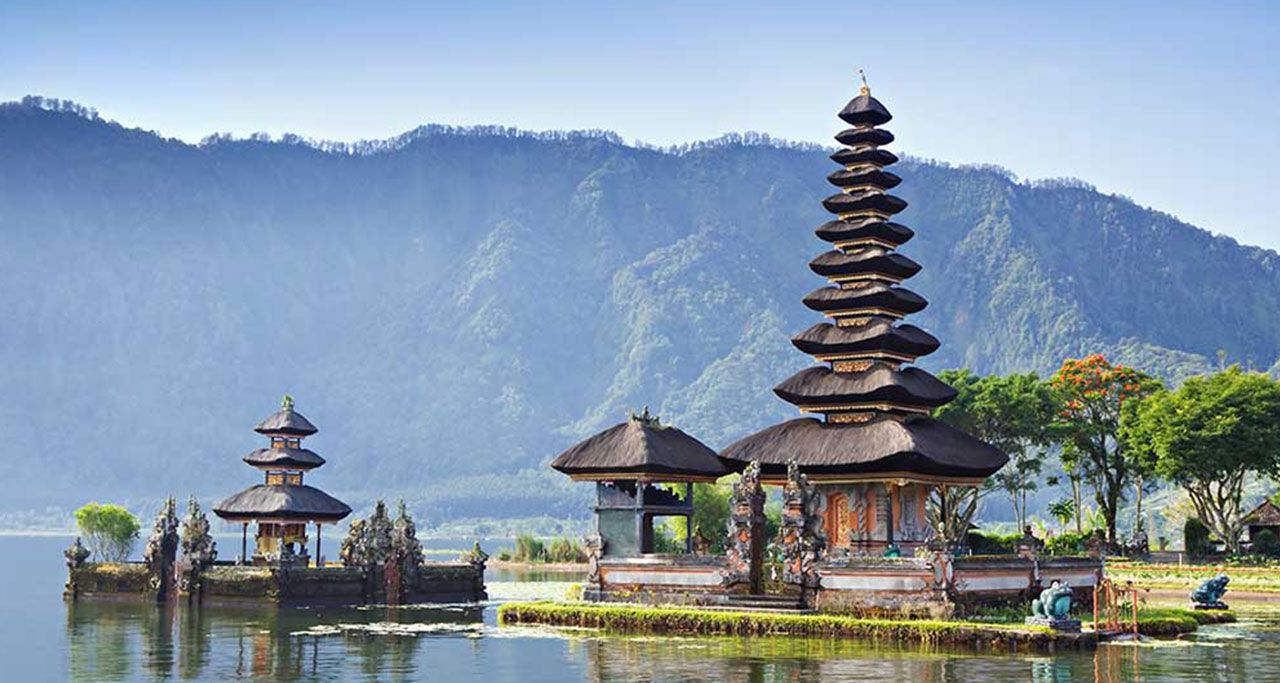 Yes, the backpacker hordes infest Kuta, the tourist capital of Bali. And yes, there are few places in Bali left unexplored. But what Bali lacks in novelty, it more than makes up for in sheer variety of attractions. From some of the best surf in the world to a dizzying number of temples, from black-sand beaches to volcano trekking – the “Island of the Gods” has enough to keep you busy for a long while. And when the surfer dudes and garish resort tourists get old, there are plenty of remote villages in Bali’s palm-tree-and-rice-terrace interior and along its rugged coastline to find a little respite. 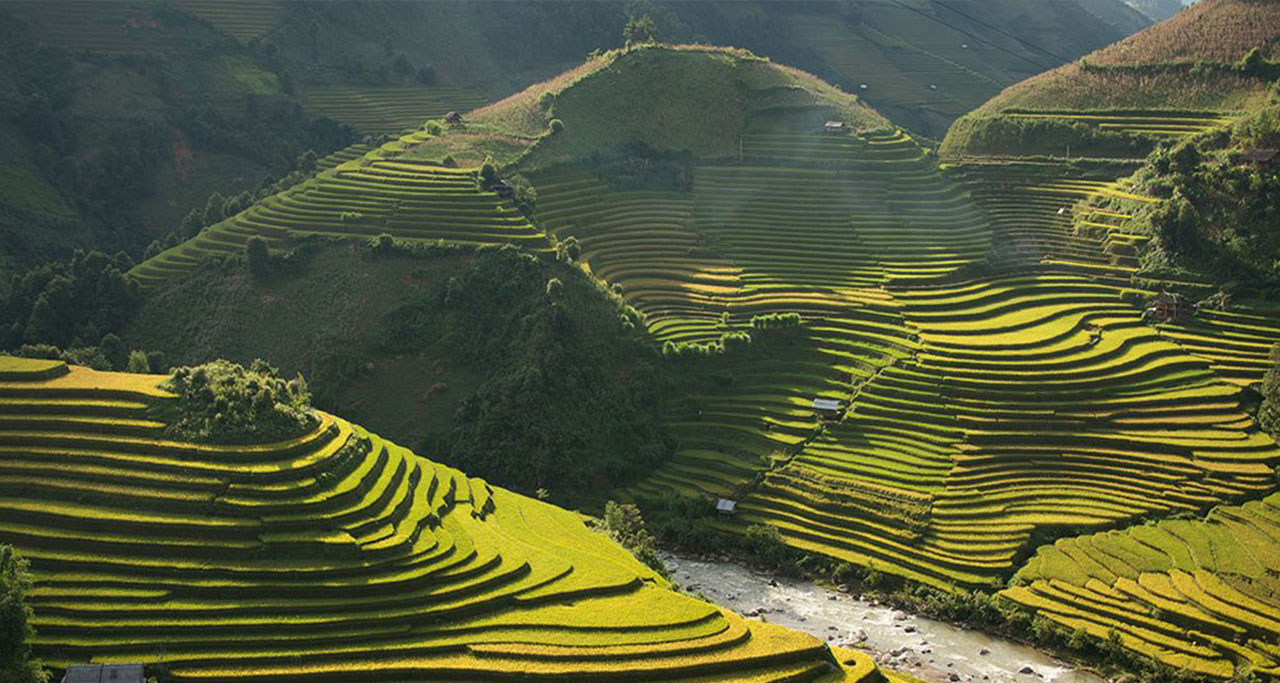 A few thousand years ago, overland migrants came down from what is now Yunnan province in China and brought with them rice terrace technology. These creations now layer the hillsides of the Ifugao region in the Philippines. Supposedly entirely built by hand, the stone- and mud-walled terraces are tiered on impossibly steep slopes and irrigated my mountain streams and springs. During harvest season in the villages of Banaue and Batad, when the rice plants are at their brightest green, the valleys practically glow in the sunshine, and trekking around the hillsides is a surreal experience. 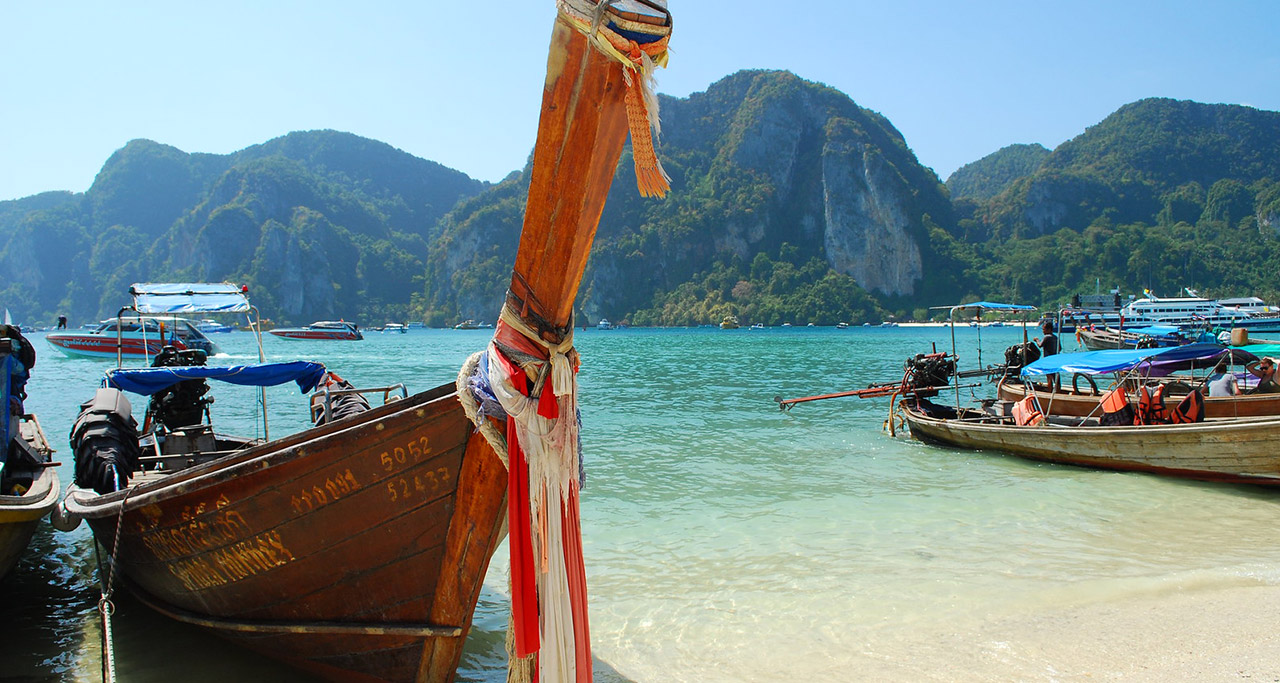 Photos: Travel  Thailand ( www.travelthailand.com)
When travellers wax poetic about pristine Thai beaches, they’re usually talking about those found in Krabi Province. Home to some of the best sand and water in the world, it’s no wonder that everyone jets off for Krabi Province. But even with all of the tourists, quiet and secluded islands can still be found. Ko Phi Phi, where the movie The Beach was filmed, is packed with tourist hordes, but Ko Lanta’s equally beautiful long, white-sand beaches are relatively devoid of tourists. If beach lounging isn’t your thing, some of the best SCUBA diving in Southeast Asia can be found on Ko Lanta, and nearby Rai Leh boasts world-renowned rock climbing.