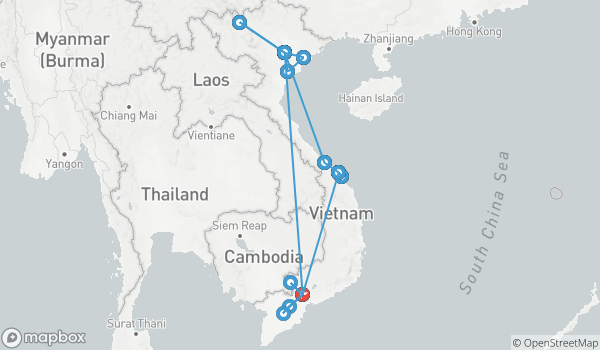 This Vietnam Explorer package encapsulates the magic of Vietnam: the conservative north, the rich heritage of the imperial cities, coastal scenery and the vibrant life of Ho Chi Minh City and the Mekong Delta. A compelling destination with colourful local traditions and fascinating cultures and histories is waiting you to come to travel. Get in touch with one of our travel consultants today, and leave everything to us. Book this holiday to Vietnam with us and experience this Southeast Asian Nation at its best!

We offer even better rate for group of more than 10 people.
Let our travel consultant custommized your dream Vietnam Package
Go to customize.