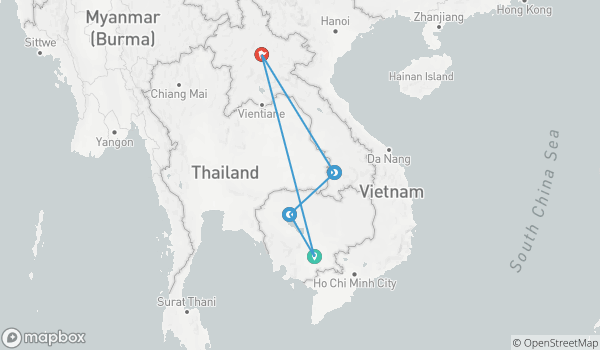 Explore the mysterious temples and breathtaking landscapes of Cambodia and Laos on this 9-day tour through Indochina. From floating villages to towering ancient temples and mysterious, Buddha-filled caves, this tour takes you deep into the wonders of these two beautiful countries.

We offer even better rate for group of more than 10 people.
Let our travel consultant custommized your dream Vietnam Package
Go to customize.

• International flights and visa.
• Meals other than those mentioned in the itinerary
• Early check-in and late check-out at hotel
• Personal expenses (such as laundry, telephone, drinks, etc.)
• Tip for your tour guide/driver. We recommend you allow USD$3 - 6 per day, per traveler. Tipping your guide is an entirely personal gesture
• Travel insurance.